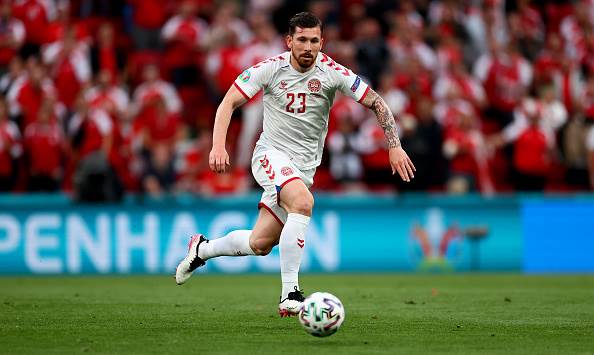 With the 2020 UEFA European Championship group stage having concluded, we took a look at some of the tournament's surprise performers so far.

As some of world football's biggest names take centre stage at the Euros, some players walked into the tournament free from the expectations to set the competition alight.

Going into the showpiece, a lot was expected from the likes of Cristiano Ronaldo, Kylian Mbappe, Kevin De Bruyne, and Harry Kane.

Expectations were similar for players who walked into the competition off the back of a good domestic season, including Romelu Lukaku, Bruno Fernandes, Robert Lewandowski, Gerard Moreno, and Phil Foden.

While some of the big names have already shown their class, there have, however, been a few surprise performers and standout displays from relatively little-known players, some of whom also won our hearts.

Among them are Netherlands right-back Denzel Dumfries, who already has two goals and an assist to his name, and Denmark defensive midfielder Pierre-Emile Hojbjerg, who has created three goals for his teammates.

The latter's captain is Simon Kjaer, another player who has surprised many as he rallied his troops into the last 16.

Kjaer has amassed 25 ball recoveries, the fourth most in the competition so far, and has been a consummate leader for his side, especially during the harrowing episode when Danish playmaker Christian Eriksen collapsed on the pitch, leaving many around the world in shock as the scene unfolded.

Others in the gallery include some who surprisingly top key statistical metrics, as well as players whose impressive performances have seen them claim Star of the Match awards – click through the gallery above to see them all!