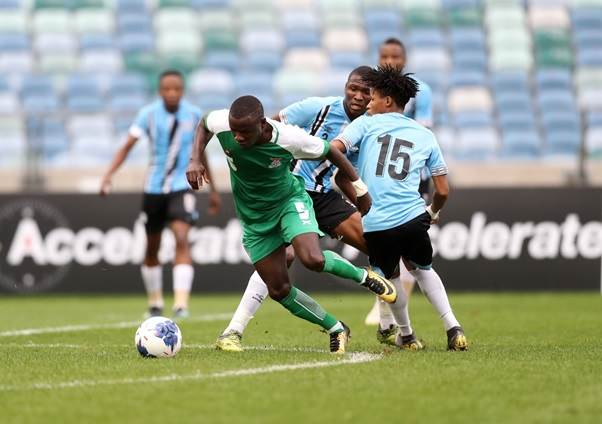 Zambia grabbed their fifth COSAFA Cup title with a 1-0 win over Botswana in the final on Saturday afternoon.

The Zebras threatened again after 25 minutes, but Mwange thwarted Thero Setsile from the far side after rushing from the goal-line.

Unable to respond, Zambia’s offensive connotations did little to unsettle their counterparts as the first half ran out.

After a bright start to the second half, Zambia made the first change on 57 minutes as YouRemember Banda replaced Austin Muwowo.

Botswana opened up from the middle on 62 minutes, and drew Mwange to a save from Joel Mogorosi’s free-kick.

The first substitution from their side took place on 67 minutes, as Gilbert Baruti replaced Norman Mabaya.

Botswana were sliced through 78 minutes in after Tapson Kaseba invaded the area to flick into the bottom corner following a cut back.

Chipolopolo leaned for a second two minutes later, but Kaseba found the woodwork from a wide delivery.

In time added on, Ezekiel Morake denied the Zambians with an acrobatic tip from Banda’s free-kick, as the Zambians lift the title for the fifth time.