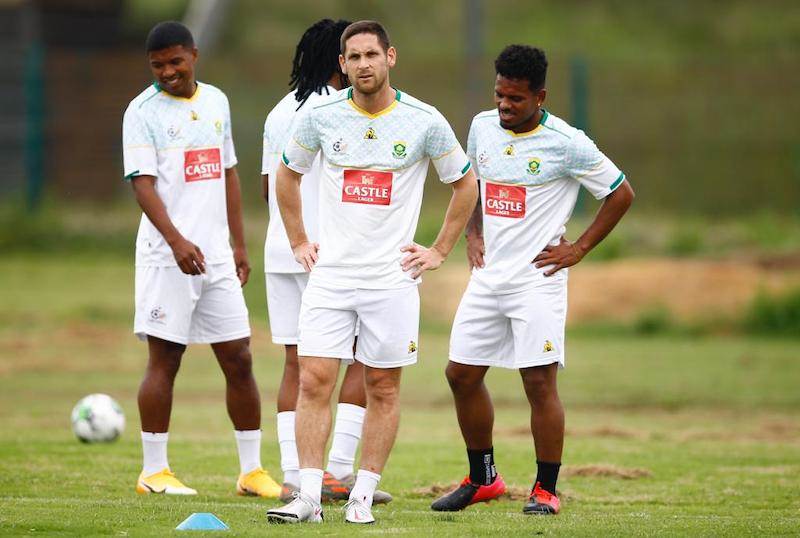 Mosimane recently earned an unprecedented move to Egypt to lead Al Ahly and is one game away from making history by winning his second CAF Champions League trophy.

Motsepe, meanwhile, after transforming Mamelodi Sundowns into the feared African side that gave Mosimane the platform to excel, is now running for the Confederation of African Football (CAF) presidency.

READ: Motsepe could step down - Jordaan

Dolly, who is currently training with the national team ahead of Friday's first AFCON qualifier against Sao Tome and Principe, says his former coach has always been ambitious from his days at Sundowns.

"Obviously it's great to see someone from South Africa, someone you've worked with in the past, going to do great things," Dolly told the media in Durban.

"For him, he has always been an ambitious person, from his team performances, from when I was there we always wanted to win because of the person he is.

"I want to wish him all the best going to the final. I hope he wins and keeps on representing South Africa."

With Motsepe's CAF presidency bid endorsed by SAFA, Montpellier-based Dolly believes positive developments in that space will change lot of things in South African football as many will be inspired to take up new challenges.

"Like I said, it's always good to see South Africans doing great things you know, it will open doors for many South Africans. I believe we are a country full of talented people," he added.

"I believe with people like Dr Patrice Motsepe going for the nomination, Coach Pitso going to Al Ahly, it will always just give hope to other people that it's possible."