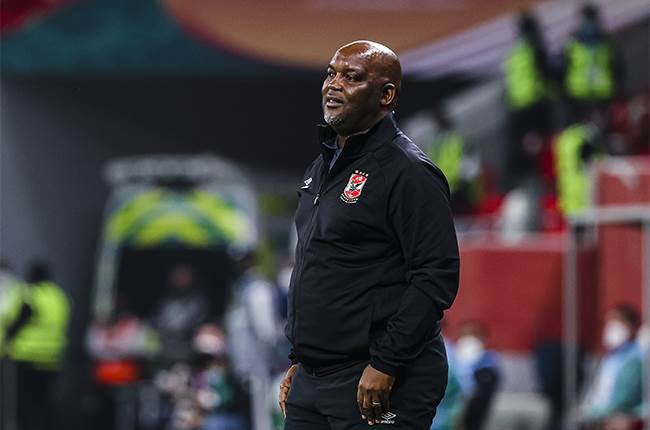 Mosimane's side clinched consecutive victories in their two opening league encounters to lead the league standings with a perfect start to the 2021/2022 campaign.

Speaking after the final whistle, the South African tactician revealed what he told his team at half-time before a vital 62nd-minute strike by Mohamed Sherif to seal the win.

"I spoke to the players at half-time in order to play better crosses into the box during the second half.

"We played too many crosses and I didn't ask them to do so in the absence of a target man.

"After the goal, the rhythm of the team fell a little bit and we made changes to make the team more active.

"The way we played changed during the game according to the circumstances of the game and we had more than one chance to score," Pitso added.

Al Ahly will be aiming to reclaim the league title after being pipped to the Egyptian Premier League trophy by rivals Zamalek.