Who will be next PSL coach to be sacked? The predictable sacking of Owen da Gama by TS Galaxy yesterday has exposed the high turnover of coaches in the PSL and raised the question about who the next victim will be in this league.

Though Kaizer Chiefs has a tradition of extending the rope to their coaches, Stuart Baxter is not winning any sympathisers with the kind of start that he has led the club.

Straight from being fired at Chiefs, Gavin Hunt is not doing any better on the slippery terrain of Chippa United.

In this result-driven coaching industry, both Baxter and Hunt will be looking over their shoulders with the worry of being struck by the bullet.

Just to demonstrate the nature of the PSL coaching landscape, half the clubs in the league having made changes in the last four months.

Swallows head coach Brandon Truter is on special leave as of last week with his assistant Simo Dladla in charge.

Josef Zinnbauer resigned last month just after the MTN8 defeat to Swallows paving way for Mandla Ncikazi to take over along with Fadlu Davids.

Ncikazi had been brought in as a Pirates technical team department member in June just a day Golden Arrows announced his departure from the club having impressively led them to a fourth-place finish last term.

Lehlohonolo Seema then took over at Arrows at the beginning of July ahead of the new season.

Baxter returned to Kaizer Chiefs in June but was only able to start sitting on the bench in July due to work permit related matters.

With the kind of start that Chiefs have had, Baxter has not been popular with the fans and will need an immediate improvement to avoid intensifying the animosity already hanging in the air.

His predecessor Hunt is not any better at Chippa where one win in five and defeats in the last three should have him worried that his boss Siviwe Mpengesi might pull the trigger.

Marumo Gallants also appointed Sebastien Migne in mid-July, and he has been battling his way through the challenges at the club.

Eric Tinkler returned to Cape Town City at the end of May with two games to play after the club parted ways with Jan Olde Riekerink having initially placed him on administrative leave earlier in the month. 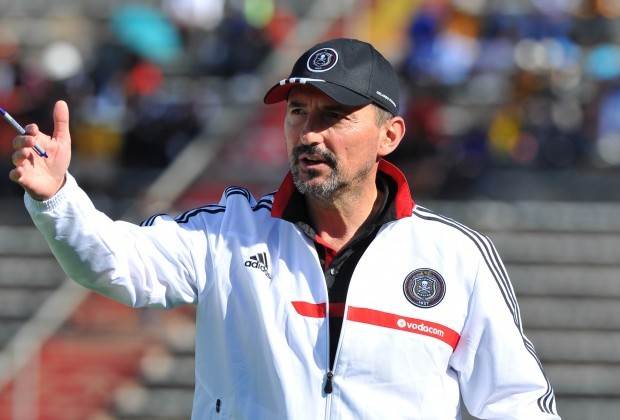 Scroll through the gallery to see how Josef Zinnbauer compared to the 10 previous head coaches at Orlando Pirates
Next on KickOff
Chiefs, Pirates set to headline Carling Cup