The latest news on a ex-Kaizer Chiefs coach and Bafana Bafana's narrow win over Mozambique have attracted plenty of attention from Kick Off's most avid readers.

Kick Off readers who are signed up to snl24.com are staying up to date with the latest news regarding Bafana Bafana and Kaizer Chiefs.

Stories on Ernst Middendorp's autobiography revelations and Hugo Broos' post-match comments after a come-from-behind win for Bafana had plenty of comments from KO readers.

After Kaizer Chiefs narrowly lost out on league glory in the 2019/20 season, veteran PSL coach Ernst Middendorp reveals the shocking reasons as to why his Amakhosi troops lost out on the league.

The "Ernst Middendorp astonishingly blames 'partying' Kaizer Chiefs players for final day title heartache in new book" story, fans had more than a lot to say on the matter.

Here are some of the comments:

"I wanna get my hands on this book! The Germans are known to be very frank in their approach but I don't think the book will be well received at Naturena," says Shikabala.

"Your main job as a coach was to know all your players, their strengths and weaknesses. Your mandate was to win cups including the league. Did you report the behavior of some of the players to management? That was having an impact in winning the league and cups. You are also to blame," says Mr Soccer Enthusiast.

"Mathoho has a physically small build, but now he is overweight. His lifestyle needs to change. Some of these Chiefs players would not make it under Pitso's style of management, they party like there is no tomorrow," says Khothakhosi.

"In other words, Cardoso was not lying when he said 'Some players came to training drunk'. I thought he was just bitter because he had now been discarded, but then I remembered the Dumisani Zuma story. Strange that ONLY Zuma was made a scapegoat simply because he was a junior player compared to MATHOHO and KHUNE.

"We now, know who the main culprits are. No wonder coach ARTHUR ZWANE, a well known disciplinarian, does not budge by fielding MATHOHO. The truth is finally out!!" says user853624.

The "'We played really good football' - Broos delighted as impressive Hlongwane stars in Bafana win" story, where Broos waxed lyrical about the performance of his Bafana troops, cynical fans were quick to mock Broos for his post-match reaction:

"Friendlies are always like this Broos... this is Bafana Bafana," says Skyline, who's sentiment were echoed by Danito 4 life who said:

"Hahahahah, Broos is new, he doesn't know this Bafana team. They will always impress in friendlies."

Scroll through the gallery to see pictures of Broos' Bafana charges: 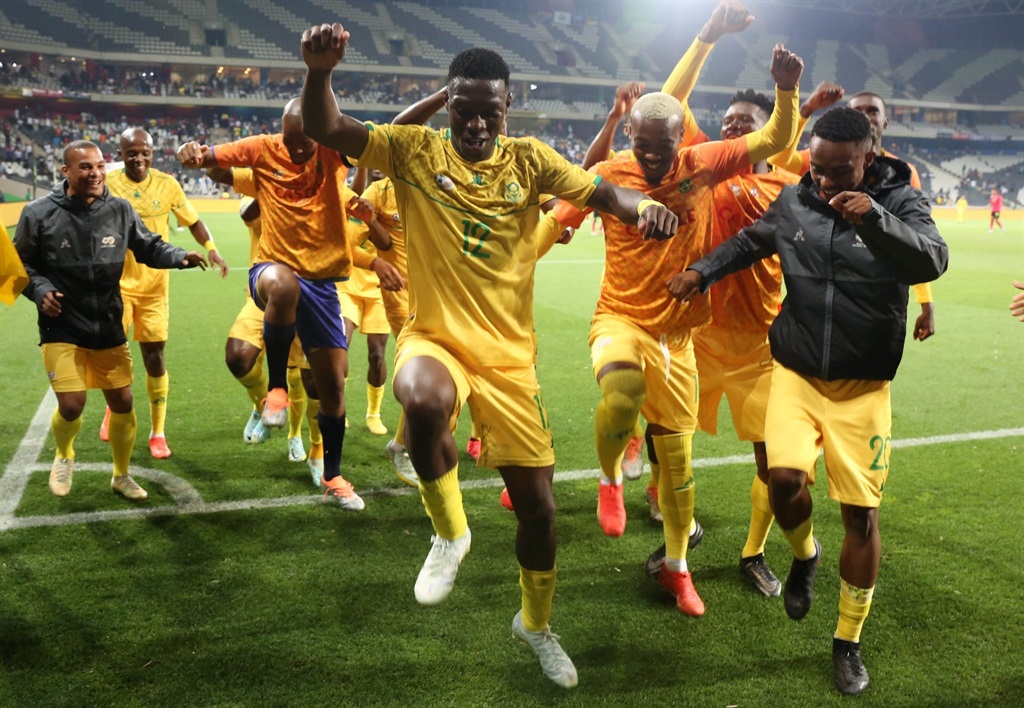