No difference between Mpisane and Kaizer Jr according to KO comments Royal AM coaches during training.
@royalam_fc

Rowdy Kick Off readers have made good use of the comment section to share opinions on Khabo Zondo's comments regarding Andile Mpisane, Jose Riviero's confidence for this weekend's MTN clash and Ashley Du Preez's goal scoring targets.

Kick Off's avid readers have also taken the time to comment on the hottest stories in South African football.

After Royal AM's Macufe Cup victory over Kaizer Chiefs, fans mocked Andile Mpisane for a number of things, including his weight.

Fans commented on the story where Khabo Zondo defends Mpisane and speaks about his fitness levels.

The passionate fans also responded to Ashley Du Preez's ambitious statements regarding his goal contributions for this season and Jose Riveiro's confidence ahead of their MTN 8 semi final against Mamelodi Sundowns.

"These Chiefs players need to spend more time on the training ground, improve the quality of how each one plays. The quality is very limited. Du Preez does not shoot well like Mayo does. He needs to practice shooting straight, instead of missing the posts all the time.

Practice makes perfect. I suspect some of today's players waste time on social media, computer games and on cell phones. They should train more, individually if they are to improve," says Khothakhosi.

A confident Sundowns supporter commented on the "Riveiro confident of passing Sundowns MTN8 test" story, and dismissed the confidence of the  Sea Robbers coach ahead of the MTN 8 semi-final first-leg at the Orlando Stadium:

"Watch the games of the last 3 seasons between the two teams. Listen to Pirates coaches before those games, only then you will know what kind of a team you are going to play against. Do not give Pirates fans a false hope please," says Dawanadserielwinner.

Lastly, on the "Zondo reacts to nepotism claims against Mpisane" story, fans continued to mock the Royal AM chairman.

MamKhize: 'My boy do as you please, you're club chairman after all'

Slim Tony 7 said: "There's absolutely no difference between Andile Mpisane and what Kaizer Motaung Jr already did at the Naturena Family Business."

Orlandouselessrats said: That's why Malesela left. He wouldn't allow that mediocrity to happen while he's coach. I bet that's why Maduka left also. It's a shame.

Scroll through the gallery below to see Royal AM's coaches and Thwili Thwala lifting the Macufe Cup:

Royal AM coaches during training.
@royalam_fc 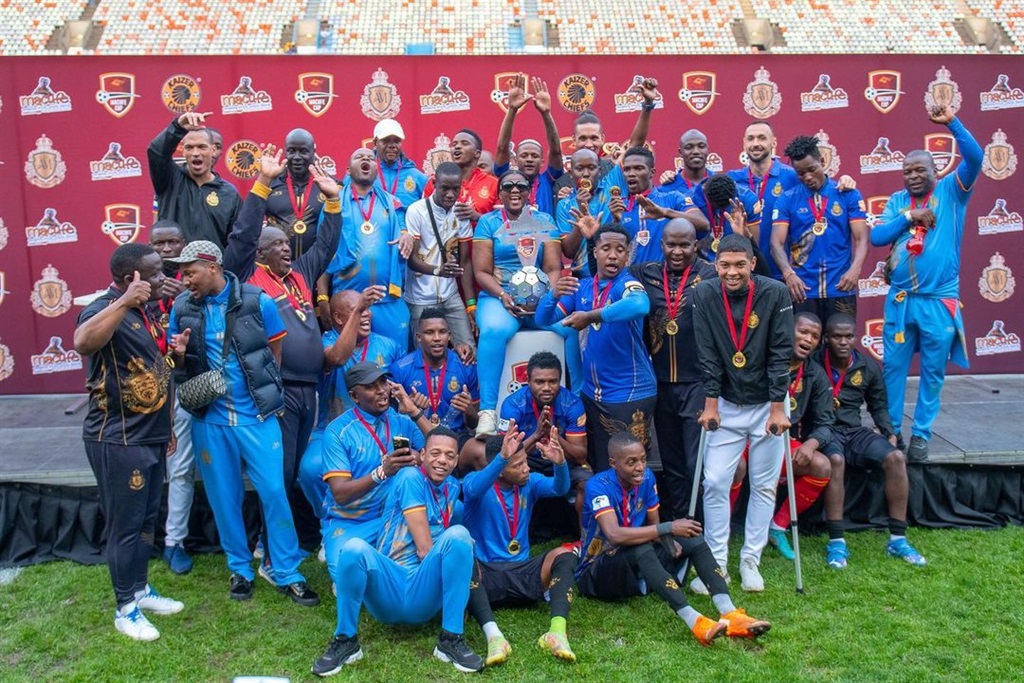 What do you think on what the aforementioned fans had to say?

Related Links
Zondo reacts to nepotism claims against Mpisane
Major boost as Sundowns stars return for MTN8
'Why not?' - Pitso refuses to rule out return to SA as coach
Next on KickOff
Fans mock Kaizer Chiefs’ new sponsor