The comment section on Kick Off's stories have been abuzz following the news of Brandon Truter's departure, Arthur Zwane's comments on a young player and Pitso Mosimane's reasons for taking the Al Ahli gig.

Kick Off's latest stories stay on the beat on the hottest topics regarding South African football's biggest names and clubs.

Fans who have signed up to snl24.com have been getting more comfortable in the comment section and staying on top of news regarding Brandon Truter leaving AmaZulu, Arthur Zwane calling Kgaogelo Sekgota a star player and Pitso Mosimane explaining why he joined a second division outfit.

There were a mixture of positive and negative comments towards the subjects of the aforementioned stories.

After their first away win of the season against Swallows, Mangethe stated that the young Sekgota has been Amakhosi's star player since the start of the new season.

Here's how fans reacted to that:

"This is the problem where a player shines in two or so matches then he’s dubbed a star. Sometimes we curse these players because often either immediately or after sone few games the said player is a shadow of former self, says regular commenter Tolly-The-Return.

"Ok, Mangethe we get it with player praising but only if you can win 3-4 games with an unchanged squad we will trust that things are happening, either than that you will still be blowing cold air," says Millionsoth

Reader Mpho P is clearly not happy at how Sekgota deals with contact on the pitch:

After AmaZulu announced that they've parted ways with former Swallows coach Brandon Truter, fans were quick to jump on the news and share their thoughts.

Here's what they had to say on the "OFFICIAL | AmaZulu Part Ways With Truter" story:

"The writing was already on the wall considering that Zungu fired Benny, Truter was way way bellow the standard," says Lucky Masilela 437.

"The jobs of the coaches are always on line just for stupid/selfish decisions of the players. Yesterday, Kwem didn't passed the ball to Majoro who was in the good position to score, had he passed it to him and scored, Truter, perhaps, would have not been fired," Bomba.

Lastly, on the "Pitso reveals Al Ahli mandate," story, Mosimane mentions that taking Al Ahli to the Saudi top flight is the major priority and mentioned why the project was an exciting one for him and his team.

While one fan wished him luck, another pointed out the risk of Jingles joining Al Ahli:

"Let him prove himself by getting the team back to the top flight. it's a risky decision though," says Zohlah.

Scroll through the gallery to view snaps of Pitso's first post-match press conference: 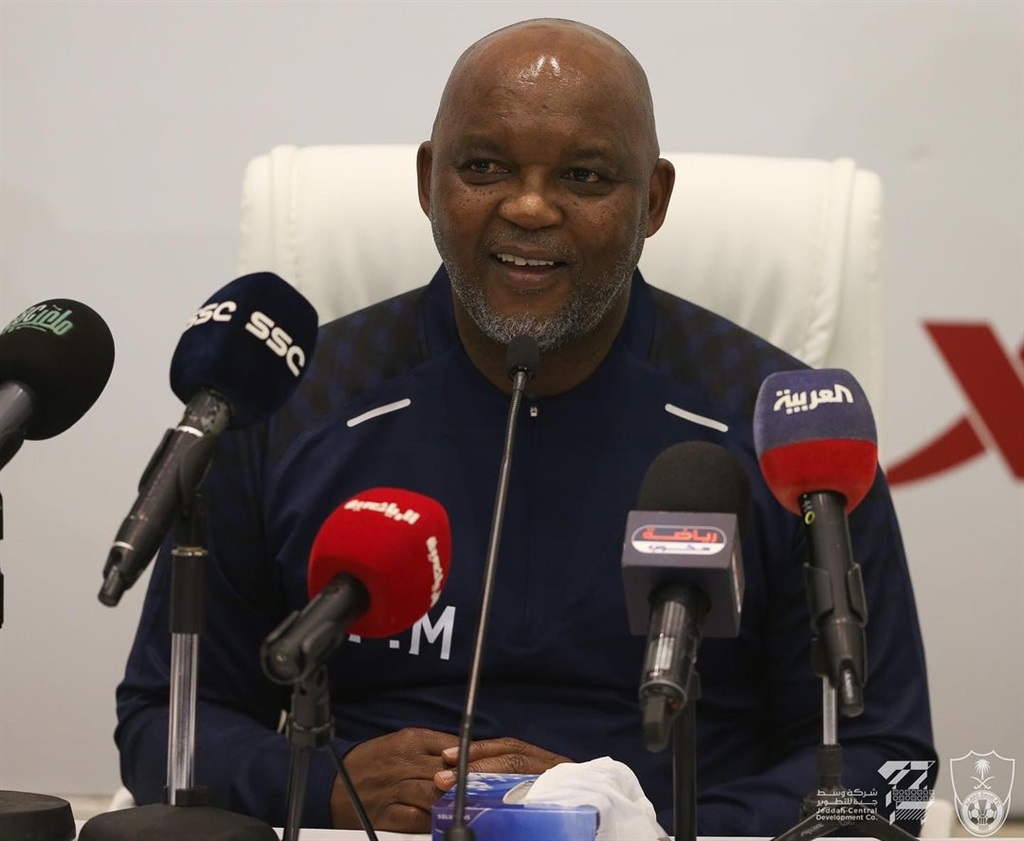