Scroll through the gallery to see inside Ronaldo’s new €7.2m luxury apartment >>> 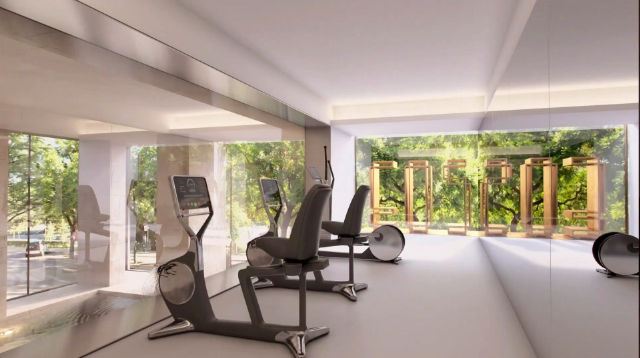 Cristiano Ronaldo is known for his relentless pursuit of perfection and his latest €7.2-million (R127m) investment in the most expensive apartment ever sold in Lisbon perfectly encapsulates his persona.

Ronaldo, 35, recently became the first active football superstar to earn £1-billion in career earnings and the first athlete within a team sport to achieve it.

With a record-breaking career on the pitch that's seen him win five Ballon d'Or titles and recognised as the most famous and marketable person on the planet, the Juventus forward has capitalised on the exploits with incredible investments.

Whether it be his own desire or financial advisors, Ronaldo has proven to be financially savvy over his career with numerous properties and hotels over Europe.

But his latest purchase could prove to be his most significant as the penthouse apartment located in Lisbon’s Avenida da Liberdade, the capital of his home country was acquired for a staggering €7.2m.

With the lavish 'Castilho 203' apartments completed this week by Vang Development, it offers a unique concept of high exclusivity only available to the elite.

A total of 19 apartments were built over the 13-floor building with two/three bedroom variations and penthouse suites available, with Ronaldo acquiring the most expensive offering.

Levels - Not the average lifestyle

Having won a bidding war against two other wealthy investors, the 288 square meter masterpiece that features an indoor/outdoor pool, wellness spa/gym and private cinema lounge dwarfs the average price of a flat in the area.

According to Numbeo, the average apartment in the Lisbon city centre is valued at €408.60 per square metre, which would equate to €117 500 (R2.2m) for an 'average' apartment.

Reports in Portugal indicate the transaction for the Castillo 203 was acquired in a straight cash purchase by the Portugal captain which is situated close to Sporting Lisbon, the club he made his professional debut with 18 years ago.

Do you think Ronaldo's recent splurge is worth the record-breaking amount he forked out?