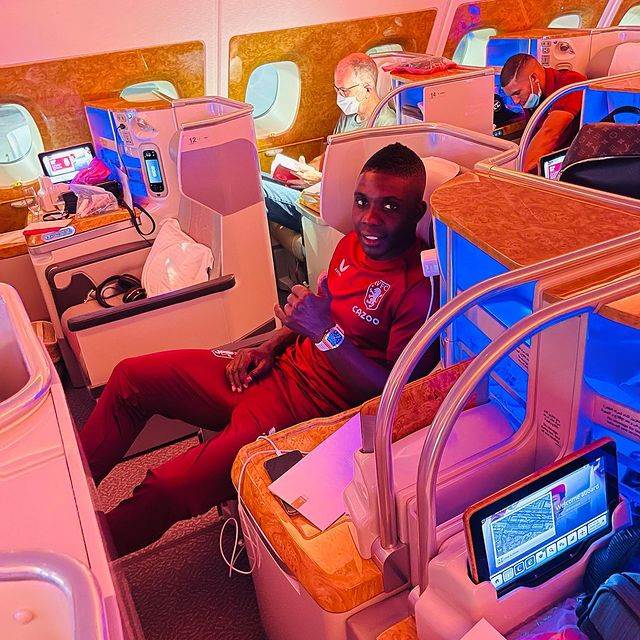 Luxury cars as well as private and business class flights are just some of the things Nakamba indulges in.

While his salary may be relatively little compared to the mammoth wages that many Premier League players earn, the Aston Villa star still pockets a respectable R654 923 (£32 500) a week in Birmingham, according to Spotrac.

They say money can't buy happiness but it is also true that his big paycheck allows him to splash the cash on a stunning black Mercedes G-Wagon and a scarlet red Lamborghini Urus - who wouldn't call that happiness?

Also, he could possibly have another Lamborghini, as he was spotted with a new metallic grey Aventador in the past week. The coupe left compatriots in awe as the likes of Olympique Lyon forward Tino Kadewere and former Kaizer Chiefs defender Teenage Hadebe were left gushing over his expensive toys.

South African broadcaster Carol Tshabalala, as well as Villareal attacker Arnaut Danjuma, were also among those who were impressed by Nakamba's impressive flex.

The latest reports in England claim that the deep-lying playmaker is among a handful of Villa players who manager Steven Gerard is willing to listen to offers for.

Which of Nakamba's cars is your favourite?