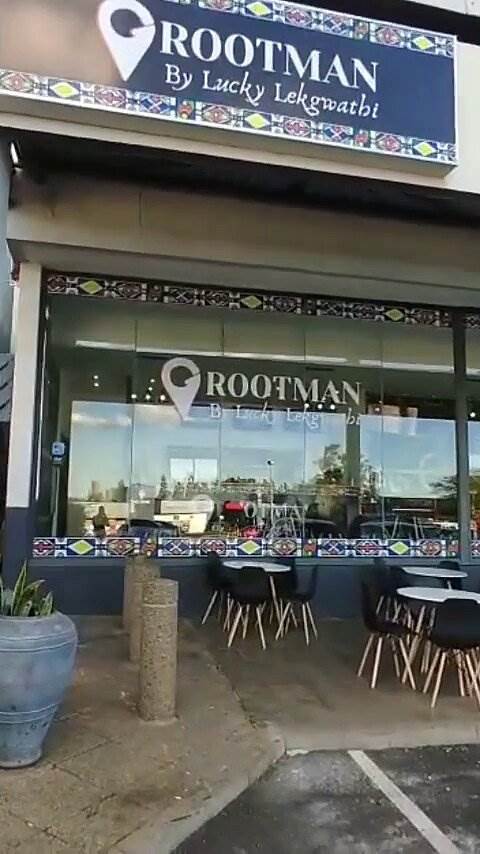 In case you missed it, Orlando Pirates' legend Lucky Lekgwathi is back in business and he revealed how stunning his newly revamped restaurant looks! Here's a look.

After the Bucs former captain's business was sadly looted and vandalised during the unrest in some parts of Gauteng and KwaZulu-Natal, the retired defender has gotten his Grootman restaurant back on its feet and running again - but this time, it looks extra stunning with some unexpected decorations.

Scroll through the gallery above to see Lekgwathi's revamped Grootman restaurant

You can't keep a good man down

While many could have possibly given up and begun investing in other money-making ventures, Lekgwathi has remained resolute and true to his desire of making his food business a go-to spot for those trying to kill their hunger.

With the help of Willard Kantsande's construction business, the restaurant looks in excellent shape. Its design consists of large glass walks which essentially operate as some form of window. The venue has an indoor and outdoor area, therefore the glass wall allows for the waiters and members of staff to see all the customers occupying tables outside.

The glass wall is also customised with some images of the Ga-Rankuwa-born PSL legend during his time with the Bucs. Inside, the walls are decorated with the signed jerseys of Pirates stars Linda Mntambo and Wayde Jooste, as well as Katsande's Kaizer Chiefs jersey.

Astonishingly, Lekgwathi has only earned 14 caps for Bafana Bafana in his decorated career, despite having made his debut in November 2002, according to Transfermarkt.

Do you think Lekgwathi deserved to have had a longer Bafana Bafana career?