All images via British GQ 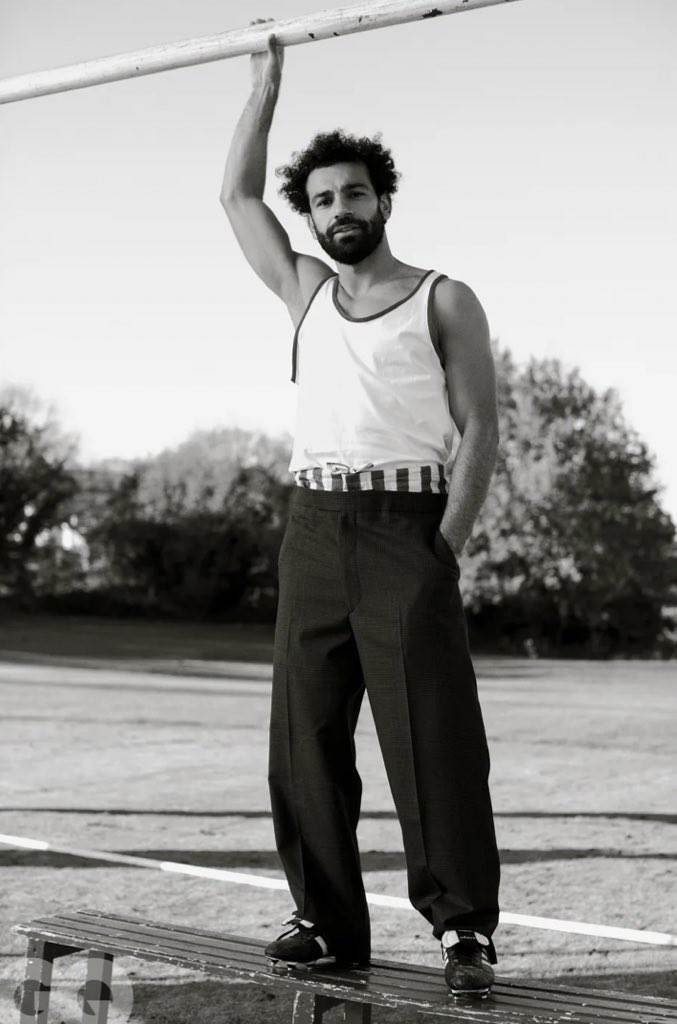 Despite suffering a big blow with Egypt’s opening Africa Cup of Nations loss against Nigeria this week, Mohamed Salah appears to be going viral for his stunning vintage-inspired photoshoot!

African superstar Salah is arguably one of the most photogenic footballers in the game right now. If he’s not serving some cold snaps after netting world-class goals, then he is exhibiting wholesome retro-themed looks that make it seem like he is one of the best ballers from the generation of Diego Maradona!

In the throwback-inspired photoshoot, Salah embodies the aesthetic of a footballer back in the 80s and 90s. His looks and outfits are quite accurate and his natural appearance, including the beard and the let-free hair, blends well with the themes of that era, where footballers had minimalistic and authentic self-appearance.

A world-class footballer by any stretch of the mind, Salah has had a sensational last 12 months. His extraordinary goal-scoring form put him in conversation as one of the world’s best soccer stars in recent times.

His success has elevated to greater where he has also become the highest-scoring African of all-time in the English Premier League.

Arguably world football’s most prestigious individual prize, the Ballon d’Or, ranked the Egyptian star as the seventh-best player of 2021.

The 29-year-old forward has won two African Footballer of the Year awards and they came on back-to-back occasions in 2017 and 2018.

With Salah's sublime numbers and achievements since joining Liverpool, where would you rank him among Africa's greatest ballers of all-time?