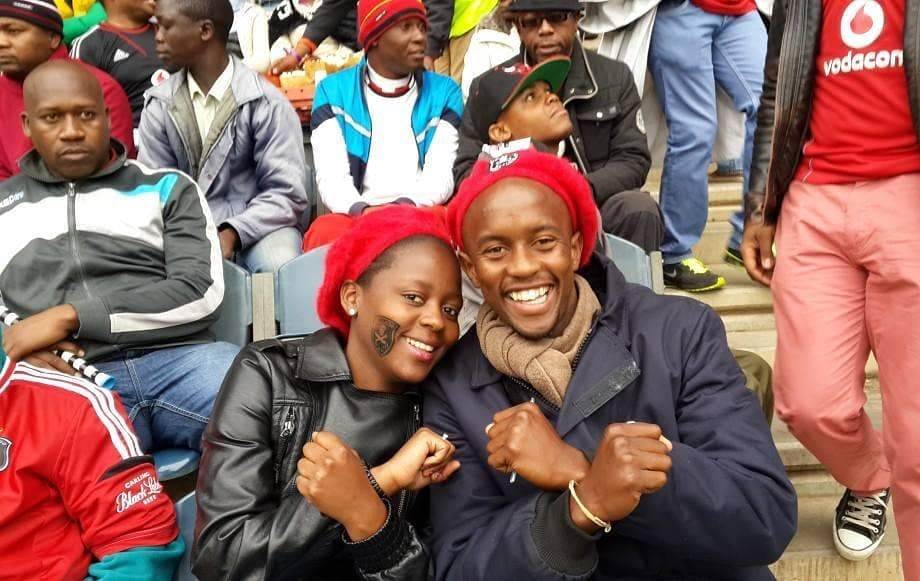 Orlando Pirates midfielder Linda Mntambo has boldly expressed his deep affection for his partner and the smitten star is quite clearly a massive romantic!

Like goals and victories, love is celebrated and 32-year-old Mntambo holds nothing back when it comes to that. Time and time again, he reassures his partner of his adoration for her.

Scroll through the gallery above to see some of the couple’s best moments together.

Started from the bottom, now they are here!

From as far as we can tell, the couple has a long and rich history together, coupled with beautiful children along the way.

Mntambo previously revealed a throwback picture of him and his lover, dating back to his days as a teenager – click through the gallery on top to see that particular photo.

Quite admirably, the pair have shown continued growth of their union and have accorded quite well with each other over the years.

Mntambo’s romantic affirmations to her

In his latest post showing off his gorgeous partner, the Buccaneers’ star captioned the image with: “I love you loudly, publicly, privately, and behind your back.”

Then, he added some meaningful captions, like #crushingalldayeveryday #loverforlife #spouse

According to Pirates’ official website, the playmaker had a childhood dream of one day playing for ‘Ezimnyama Ngenkani’, a feat he has succeeded in fulfilling.

Before his move to Orlando, Mntambo was with Pirates legend Jomo Sono’s club. He was also a part of Chippa United prior to his dream transfer.

If you were to pick your Pirates player of the season so far, who would it be?

Next on KickOff
Onyango bags a new deal in Uganda