Having spent a decade playing in Europe, retired South African star Nasief Morris boasts a unique feat of having come up against arguably the most number of superstars, including Thierry Henry, Ronaldinho, Lionel Messi, and Samuel Eto'o, among others. Here's a look at his collectors items.

Perhaps one could make a case for Benni McCarthy, but Morris arguably has faced off against more iconic international footballers more times than all Mzansi-born footballers. The retired defender spent most of his career in the Super League 1 in Greece during a time when the side was a regular feature in the UEFA Champions League.

It was in this competition where he came up against giants such as Arsenal and FC Barcelona. In September 2003, he was named in the squad to face Manchester United in what would have been an iconic Champions League debut, but he was unfortunate to not feature in both group matches against the Red Devils.

The following season, his side were in a group alongside Arsenal, where he had the daunting task of keeping Henry quiet. Although the Frenchman did score on their first meeting, Morris' Panathinaikos managed to get a 2-2 draw against the Gunners on the night.

In 2005, the former Santos FC star came face-to-face with the Spanish giants who had a star-studded team. In the first match, Morris played the whole 90 minutes and kept a valued clean sheet at home. In the return fixture at the Camp Nou, things would go full circles as his Greek side were thumped 5-0 by the Catalans. Eto'o netted a hat-trick on the night, while Messi and Mark van Bommel grabbed a goal each. 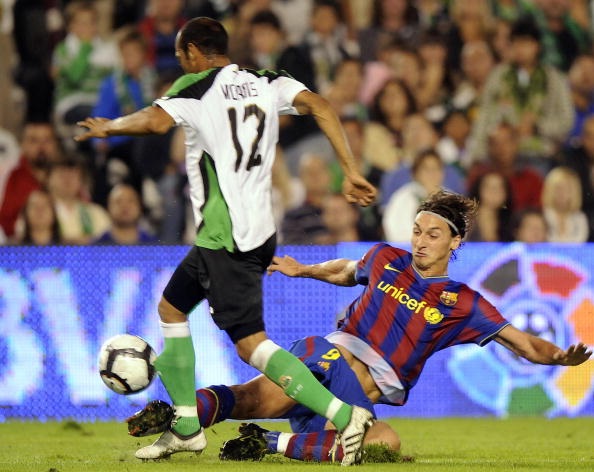 Which SA footballer do you reckon has come up against the most superstars?

WATCH BAFANA BAFANA COACH HUGO BROOS ON HIS PLANS FOR THE NEXT FIFA INTERNATIONAL BREAK.