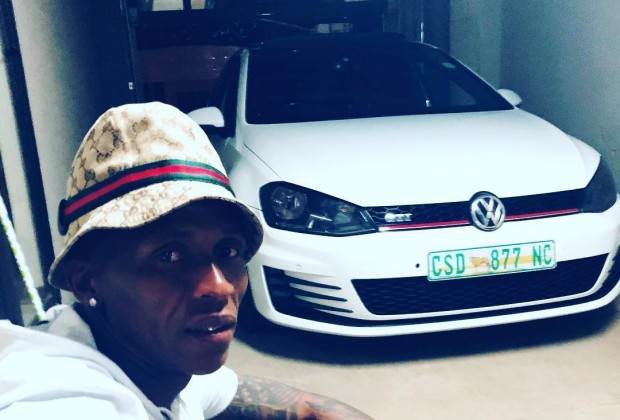 With Mamelodi Sundowns reshuffling their squad with a number of new additions and exits in this transfer window, we take a look at the best rides at the club. Check it out!

The Masandawana have bolstered their side with a five new faces including Ronwen Williams, Sipho Mbule, Ahmed Abubeker Nasir while Marcelo Allende and Bongani Zungu.

While the reigning champions let go of at least 12 players to make way for the new signings including the high-profile exits of Sibusiso Vilakazi, Phakamani Mahlambi and George Maluleka

We can assume that the players who left pulled their rides out of the club’s garage as they embarked on a new journey with their new club.

However, there is still some top rides in the team with Lyle Lakay leading the line as he is clear lover of the BMW brand and was seen flexing alongside some of the automaker's hottest rides.

As seen in social media posts throughout his career, Lakay was spotted alongside vehicles such as the BMW M4 and M140i.

Surprise Ralani also has two Vrphaa’s which he most likely brings to training. The first car is a stunning Golf 7 GTI which is valued at R329 995 in the current market, according to Gumtree.

Another ride he owns is a beautiful Golf R GTI that is worth R420 000, according to Auto Trader.

Zungu who recently joined also has a breathtaking car collection that includes a BMW M4, a Range Rover Velar and a Mercedes-Benz.

Denis Onyango’s Pajero Sport Aspire is likely to be the most expensive ride here as it comes with a pricetag of R 716 900.

What do you think of the Sundowns boys’ supercars?

Next on KickOff
A look at Thuso Phala's sporty German machine