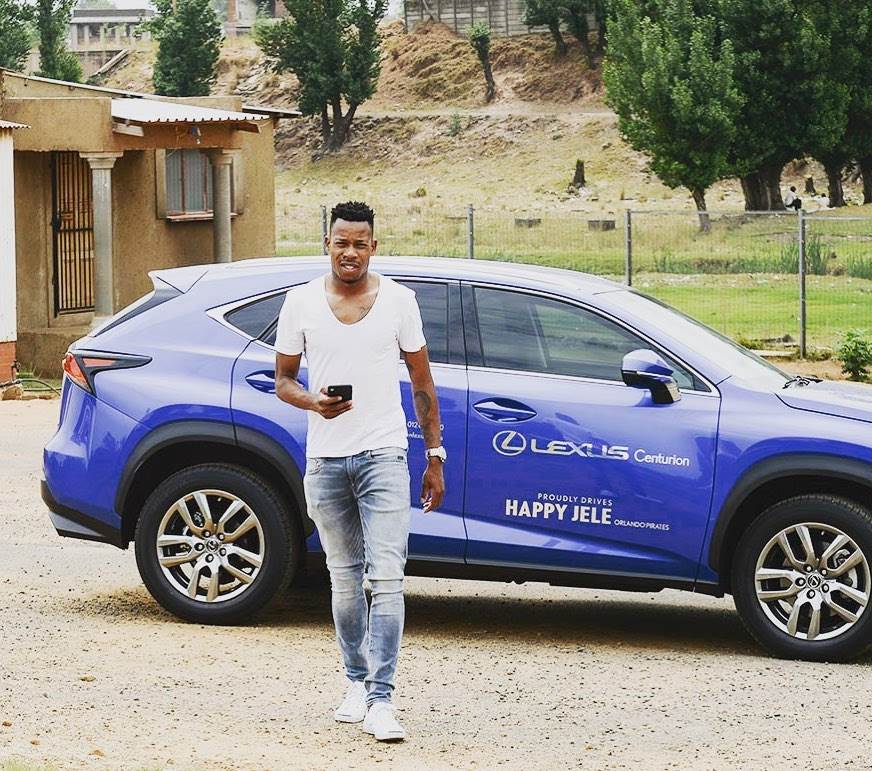 With Orlando Pirates confirming that Happy Jele is leaving the club after 16 years, we take a look at his best cars during his stay with the Buccaneers. Check it out!

The defender has built up a legendary status with the Soweto club for his performances since he joined the team in 2006. Now, 16 years later, Jele leaves with eight trophies, more than 400 appearances to his name and 18 goals.

While there were initial concerns from fans that he would retire, the veteran will continue playing, with reports already linking him with a number of clubs in the league.

However, the focus of this article is on the car collection he has showed off during his time with Pirates.

Although we cannot confirm the details of their partnership, Jele is often seen with Lexus rides, and it is believed the two parties have some sort of collaboration agreement.

His excellent relationship with the brand is still going strong, and over the years, we have seen him drive almost every Lexus model available, including the US, ES, IS, and NX models.

Jele won eight major trophies with the Houghton-based side, namely two PSL titles, three MTN8 trophies, two Nedbank Cups and the Telkom Knockout. He also played a massive role in the Pirates team that made history by winning three major trophies in back-to-back seasons between 2010 and 2012.

What do you think of Jele's rides?