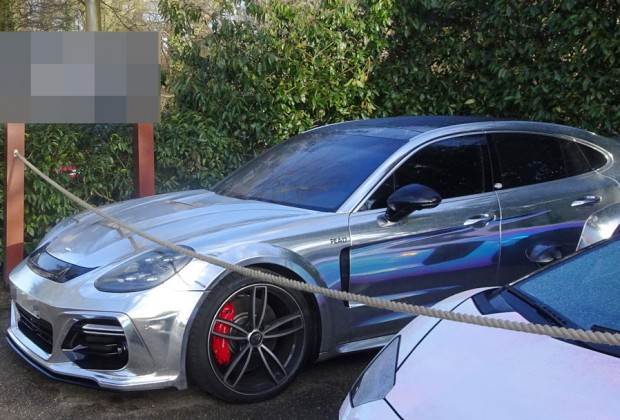 With Pierre-Emerick Aubameyang securing a move to Chelsea, the African forward will take his R83 million car collection with him. Here are some of the rides!

The Blues signed the forward in a £10.3 million (R205 million) deal from Barcelona and the transfer includes left-back Marcos Alonso heading in the other direction.

It has been a very mixed few days for the Gabonese star as he started last week off by revealing that he was involved in a robbery where Aubameyang suffered a broken jaw due to being assaulted.

The best car collection yet

The star has now relocated with his family back to England and it is likely that he will bring his R83 million car collection with him.

Some people love cars but nobody does it better than Aubameyang as he has an elite list of rides including a Ferrari Laferrari which is worth R35 million, covered in a unique chrome-style design.

The rest of his exclusive motor rides include a Lamborghini Aventador, a Range Rover Sport, a Lamborghini Urus and a Huracan Spyder. The best part of all four of the cars mentioned above is that they are wrapped in gold.

However, these are not all of the cars parked in his garage with the Daily Mail claiming that the former AC Milan forward also owns a white Bentley Bentayga, a Porsche Panamera Turbo Techart, another three Ferraris; a 812 Superfast, a Spyder, a 458 Italia and many more.

The forward's dad, Pierre Aubameyang Sr., was a footballer who also happened to captain the Gabon international team as a player.

What do you think of Auba’s cars?