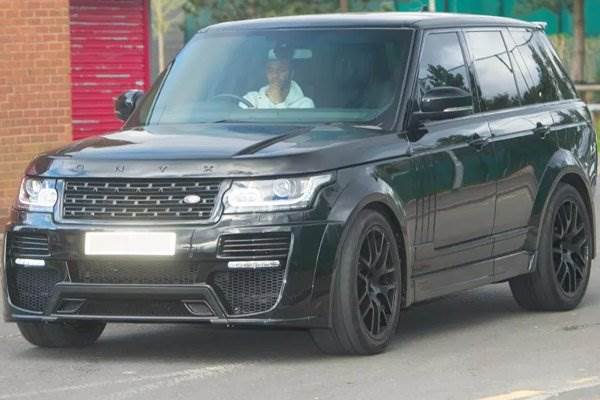 all images sourced from Auto Josh With Raheem Sterling making the switch from Manchester City to Chelsea, the England international has brought some of his supercars to Stamford Bridge. Check it out!

The 27-year-old completed his move in a deal worth £47.5 million (R958 million) in July and the star has signed a five-year contract at Stamford Bridge with the option of a further 12 months.

Scroll through the gallery above to see Raheem Sterling's supercars

The Englishman joined Thomas Tuchel and has already walked into the first team as he started in the Premier League opening fixture against Brighton & Hove Albion.

Per The Athletic, Sterling now earns £300 000 (R6 million) a week in London with bonuses and performance incentives taken into consideration.

This wage will allow him to add to the glitzy car collection. He has already shown off some of his nicest rides as he enters Chelsea training ground for practice every day.

Inside the Land Rover

The beautiful Land Rover comes with an all-wheel-drive120-volt system and a superb eight-speed automatic gearbox. It also contains a 3.0-litre inline-six cylinder gas engine on the HST variant that delivers 395hp while it comes with a 13.1 kWh battery pack.

Sneak peek inside the Bentley

On the other hand, the Bentley comes with a 6.0L W12-BiTurbo pumping from 575 to 700 PS which is completed by the ONYX Power Flow sports exhaust system that is very audible. It also contains a GTX SERIES II carbon aerodynamic kit developed with narrow LED DRLs, according to 21 Motoring.

Sterling was born in Kingston, Jamaica and spent the majority of his early years living there with his family.

What do you think of Sterling’s rides?