Throwback Thursday: A look at the PSL's most distinctive ride

While Royal AM star Menzi Masuku may be very inconsistent on the field of play, what has remained constant is that the winger undoubtedly has the most distinctive ride in the South African topflight. Here's a reminder.

At one point in time, the Durban-born star was considered to be one of the talents to look out for in the PSL. However, since his move away from Orlando Pirates in 2016, Masuku has not lived up to the high hopes many had for him.

Nevertheless, his struggles for a consistent run of form cannot overshadow the fact that he is the only player in the topflight to have a bronze chrome wrapped vehicle that stands out in every area it appears.

His Volkswagen Golf 6 GTI was initially black in colour when it was first spotted on his official Instagram account about four years ago. Just a few years later, the 29-year-old popped up with a new paint job, something that has probably been never seen done by a footballer in the topflight. 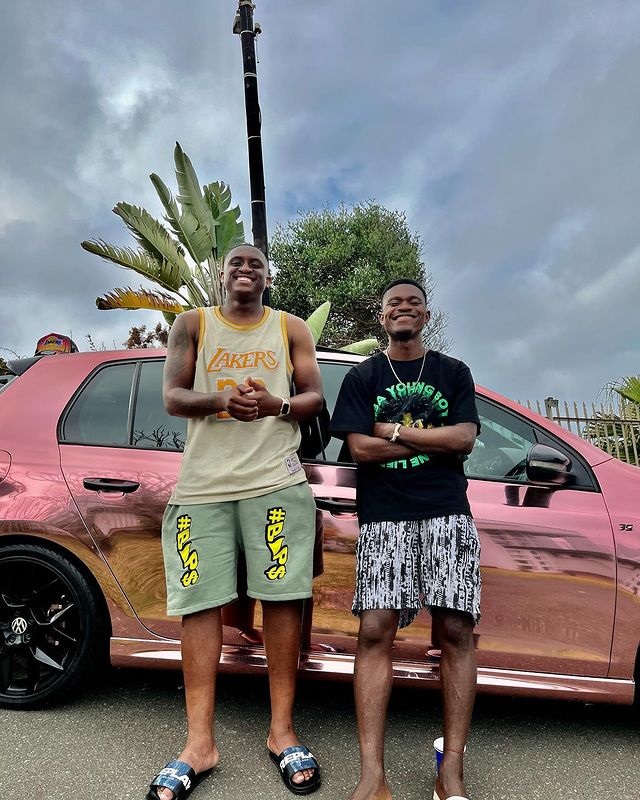 Customizing a car is quite fascinating as one can add a personal creative touch to their ride. While musicians in the United States tend to chrome wrap their vehicles, it doesn't happen regularly in football, although Chelsea's new striker Pierre-Emerick Aubameyang is a notable exception with his chrome wrapped Lamborghini.

Chrome wraps are shiny to an extent that they are almost like mirrors due to their distinct reflective appearance. It is understood that a well-applied, high-quality chrome wrap can last for approximately six years, but premium wraps can last more than that although they require some hefty additional costs.

In terms of aesthetics and street points, it is money well-spent for Masuku as he boasts a title no other footballer in the league has. It is also important to point out that the former Chippa United star's decision to customize his automobile in this way is also reflective of the flair he expresses on the pitch.

Despite being part of the South Africa Olympics football team in 2016, the attacker doesn't have a single cap for the national team.

Can you name any other local footballer who has a more unique ride than the Thwihli Thwahla star?