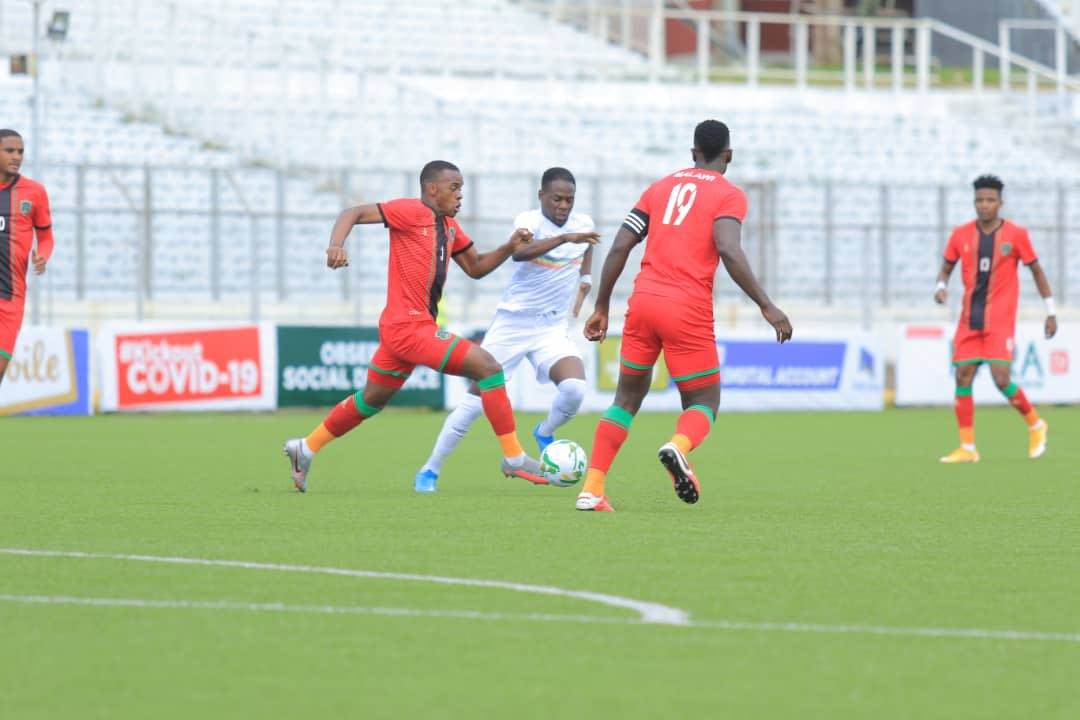 Malawi stunned Denis Onyango's Uganda with a first-half strike from Baroka striker Richard Mbulu sending them to AFCON at the expense of the Cranes.

The Flames needed victory at the Bingu National Stadium on Monday afternoon while Uganda needed to avoid defeat to secure back-to-back AFCON qualifications after their Egypt 2019 exploits.

But Mbulu, who's been in red-hot form in the DStv Premiership this season, carried his club form to the international stage as he deputised for the suspended Gabadinho Mhango.

His first-half header in the 15th minute put captain Onyango's men to the sword as they now book their place at Cameroon 2022 with Burkina Faso as they moved to 10 points, two ahead of their opponents who were overwhelming favourites.

The Stallions, with nine points, host South Sudan later today with one point needed to win Group B ahead of Meke Mwase's side.

It's the third time in the history of Malawian football after 1984 and 2010 that they will feature at the continental showpiece.

Next on KickOff
Onismor Bhasera: Ex-Kaizer Chiefs defender paid his own flight to represent Zimbabwe