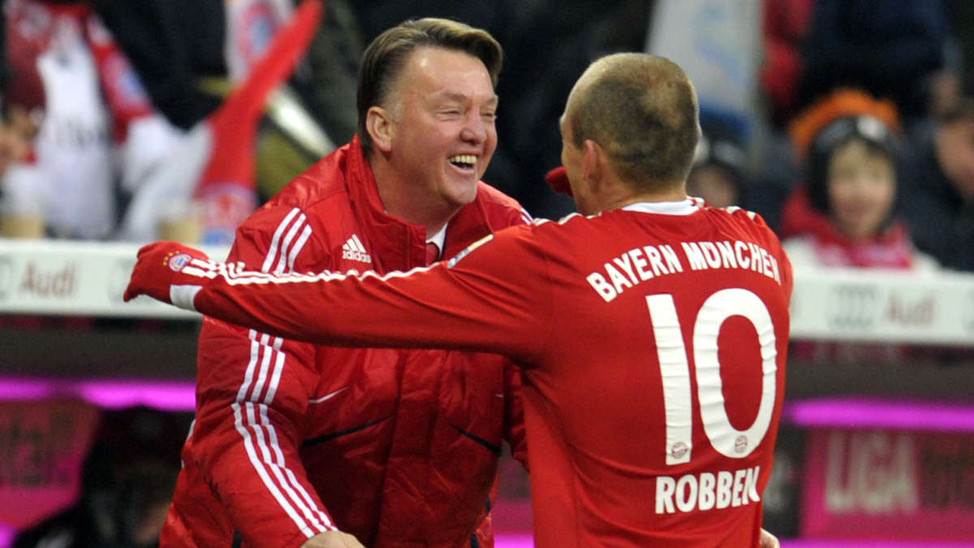 Van Gaal, who was sacked as Manchester United boss at the end of the past Premier League season, managed the Bundesliga giants during their domestic double-winning 2009/10 campaign.

Robben was one of Van Gaal's first signings, with the former Netherlands boss already having a good working relationship with the talented winger.

Jupp Heynckes, the man who took over at the Allianz Arena after van Gaal's sacking, immediately achieved success with a trebble-winning season, something the 32-year-old attributes to his countryman's hard work.

"I think this positive development in the club, in the team, already started under Van Gaal. The way he played, the attacking football," Robben told ESPN.

"And then Heynckes built on that. Every coach has his own little influences, his own details that he wants to work on. That's what we've seen over the past few years," he continued.

"Heynckes had certain details he focused on, Guardiola was a little different and Ancelotti will be a bit different again. But there will not be any major differences. There will be some little changes.

"I think in general, the style of play that belongs to this club and that has been successful, you have to build on that. There won't be a coach who will change everything around and play totally different."