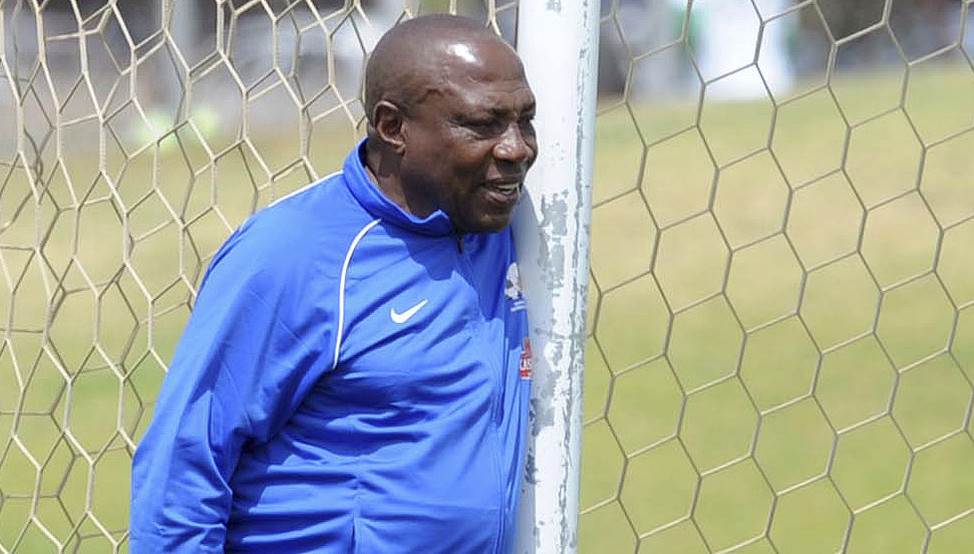 Mashaba is referring to Chancel Massa, who plies his trade for Congolese club AC Leopards. Bafana travel to Pointe-Noire this weekend before they play host to the same team on Wednesday in Polokwane.

“I don’t want to say a lot of things but what I have noticed is that their goalkeeper is not a good goalkeeper, he is not a strong goalkeeper. Take shots from all range, I think it will pay us back,” says Mashaba.

The national team coach says he wants to see a change in the Afcon qualifying log standings of Group A as early as this weekend with Bafana replacing Congo at the top.

Bafana – on four points after two games – are trailing the Congolese by two points and will have to take at least four points out of the back-to-back matches against the Diables Rouges (The Red Devils) within the next six days to be guaranteed of top spot with another two games remaining.

Mashaba is already aiming to topple the Central Africans as soon as possible as he seeks to strengthen the grip of making sure that they finish as one of the top two teams in the group and clinch their ticket to Morocco next year.

“Not yet happy. I will only be happy if we are on top of Congo because that is what we want to see happening. Win this game, it takes us to seven points and then win the next one and we are sitting comfortably,” says Mashaba when asked to assess the team’s points tally after the opening two games.

When asked if he has looked at the table and plotted how many points we need to qualify, Mashaba says his immediate mission is to go above the Congolese.

“People don’t know what is happening if you are a coach. You have those things in front of you all the time, even on your plate when you are eating you are seeing Congo on top and South Africa in second and thinking how do we get on top of that. I would like to see a change on that log with South Africa on top and the rest below us,” he says.

Congo-Brazzaville have been the surprise package so far in this group so managing to get points out of them in these next two games will put Bafana in good stead going into the last two games.

“I indicated that it is going to be a tough game not only on the playing side, mental strength, grit … we will be having that 12th player to deal with and if our players are going to manage to handle their fans then I think our problems will be halfway solved,” Mashaba adds.