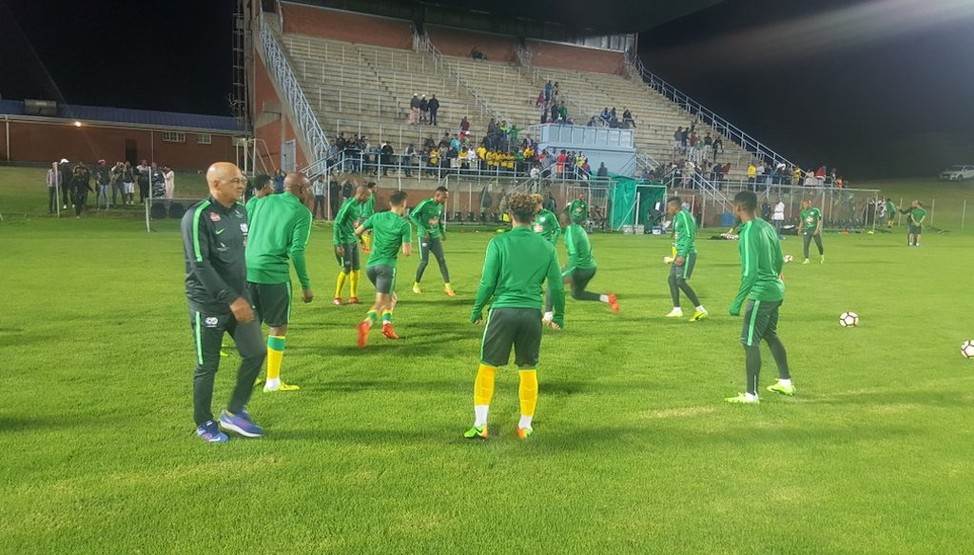 The Buffalo City Stadium will this time be the host venue, with kick-off set for 19h00.

Though 11 Bafana Bafana games have been played in the Eastern Cape Province over the years, 10 of those matches have been in Port Elizabeth, now referred to as Nelson Mandela Bay.

The only time Bafana played in East London was back in a 2003 – a COSAFA Castle Cup match against Zimbabwe which was won 1-0 by the visitors, with Lazarus Muhoni scoring the goal that made the difference on the day.

Back then, tomorrow’s venue was still known as the Basil Kenyon Stadium before undergoing the name change that has since seen it referred to as the Buffalo City Stadium.

Only Josephs is still an active professional player from all the players used on an experimental basis on that particular day.

With East London not having a PSL team based in the city since the relegation of Bush Bucks from the PSL 11 years ago, only Chippa United have taken a few of their home games to this venue on the rare occasion in recent times.

Meanwhile, the Angola national team – nicknamed Palancas Negras or the Sable Antelopes – will go into tomorrow’s match on the back of a 2-0 defeat to Mozambique in Maputo on Saturday.

In Brazilian coach Roberto Bianchi they have a new man in charge who was appointed just three weeks ago and has assembled a squad largely made up of local-based players, though, they have included veteran forward Manucho.

Bianchi took over the reigns from Jose Kilamba, with his immediate challenge being to qualify for the Africa Cup of Nations finals in 2019.