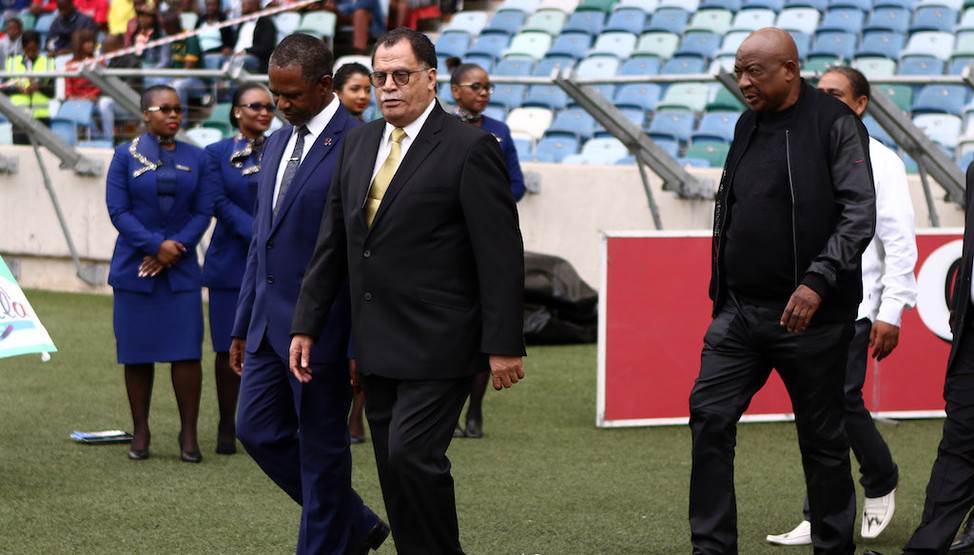 Dr Jordaan and the entire SAFA leadership were watching from the stands and were impressed by what they saw in Bafana first match of the year.

“You all played very well. This was very important for us to see how we match up against Guinea-Bissau. Remember this team was very unfortunate not go to the second round of the 2017 CAF Africa Cup of Nations in Gabon earlier this year.

“They narrowly lost to Cameroon – the eventual winners – so they are a quality team. They way you played, you made it look too easy. Congratulations, this is what we wanted to see. The next stop is East London against Angola and we want to win that match as well, then we go the qualifications of AFCON and the World Cup,” said Dr Jordaan.

“I want to wish you all the best in your next matches and thank you for your commitment – let us continue to march on this road. You saw the crowd really enjoyed the quality of football that you produced. You have done very well and you have played the kind of football that made us enjoy the game.”

The president then outlined what is expected from the team in what is going to be an extremely important and busy year.

“You may know that as Bafana Bafana we are pursuing four competitions this year – the COSAFA Cup, the CHAN but the two qualifications we want most are AFCON and the World Cup – the qualification for AFCON starts in June.

"There are 12 groups, and the top team in the group qualifies automatically, and that is 12 teams that go through. Then there are four best second placed teams – in other words any team in any group, if you lose one match and you end up second, you will get one of those places as one of the best second placed team,” said Dr Jordaan.

“What we want as the association, whatever the mix, no matter how you get there, we want to be in the final 16 of AFCON in 2019. We start in Nigeria against Nigeria. It’s a huge challenge but if we can get over that we will be on our way. Also the next two matches for the World Cup qualifiers are against Cape Verde home and away. Again if we get a good start in those two matches we are very close to Russia 2018. Good luck once again, you have our support.”

Bafana Bafana’s immediate assignment is another friendly match against Angola which will be played at Buffalo City Stadium in East London on Tuesday.