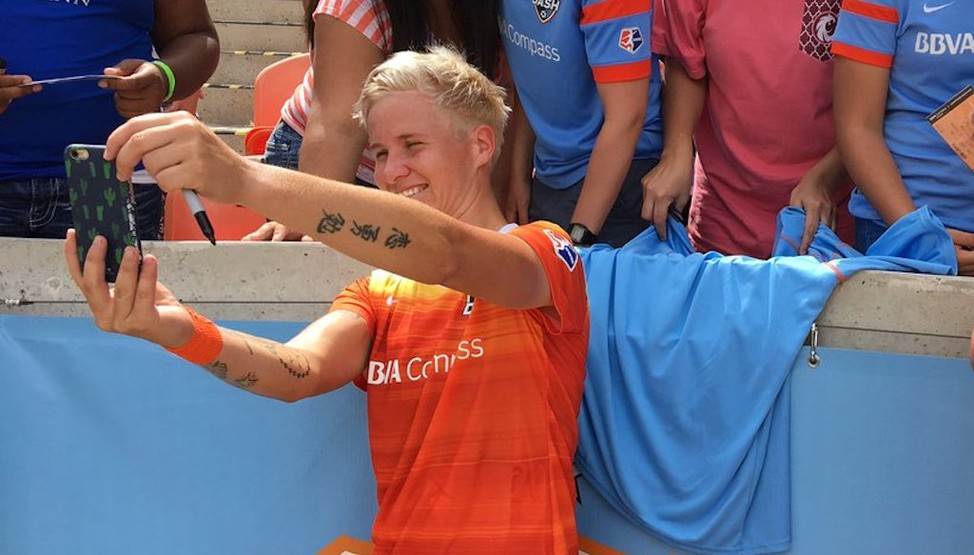 van Wyk signed a two-year deal with the Dash in December last year, after three years with her self-titled team Janine van Wyk FC in the domestic Sasol Women's League.

The 30-year-old defender has been a stalwart with the senior women's national team, and is the most-capped Banyana player with 142 caps since making her international debut in 2005.

Having started this new chapter in a 2-0 win over Chicago Red Stars on Saturday, van Wyk admitted to SAFA.net it was a nerve-wrecking experience but is glad to have come through it with a positive result on the day.

“Playing my first game for my new club was the realization of a dream come true," reflected van Wyk. "I am glad everything went well for me.

"I was quite nervous but ready at the same time just before kick-off, because I knew I had to put up a good performance to show my worth, but also to give myself a good start for the season ahead."

Having arrived just recently as the team's first South African signing, the Alberton-born centre-back expressed her gratitute for the coach's trust in handing her a debut start and says she is looking forward to more solid performances in the campaign.

“I knew that I would start because the whole week at training I was being used as a starting player so I could prepare myself mentally for the game," she said.

"I was very excited to know the coach also has trust in me. Now I am looking forward to all the upcoming games, I am just glad that the first one is out of the way.”

On the winning goal scored by England forward Rachel Daly, she added: “I was so excited. The moment Rachel Daly scored that beauty of a goal in the last few minutes of the game gave me goose bumps, and I knew it would lead us to victory.

"This can only mean that you should never give up on your dreams – some day it will become a reality,” she concluded.