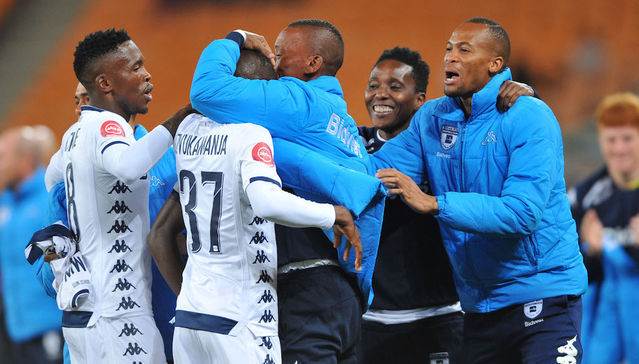 Recruits Mxolisi Macuphu, Gift Motupa, Deon Hotto and Simon Murray have all produced goals for the Clever Boys and helped the club rise to the top of the table with 12 points from five games.

"When you win in any football, you have to refresh," said Hunt, whose side flirted with relegation when defending their maiden Absa Premiership title last term.

"We have only played five games and there is energy in the team’s small legs. I mean we didn't have it last season, so we will try and see where we end up after 30 games - it's a long way to go."

Hunt made mention of the work-rate of Scottish striker Murray, who scored his first PSL goal in the 3-0 victory over AmaZulu on Wednesday.

"He works hard, I like him. I think he’s got something. He never stops running and trying. He’s got that mentality which South African players need a little bit more of. And he can finish, he is not a bad finisher. Even the goal against AmaZulu was not pretty but it went in, that's the most important thing to break the ice.

"In tight games you will need something to give for you."

Hunt is naturally pleased to have picked up 12 points from a possible 15, but is not thrilled they will only be in action again on September 15 against Maritzburg United at Harry Gwala Stadium.

"If we do that every five games we will be fine, you know what I mean. It is still a long way to go. It just gives ourselves a little bit of a start, to get momentum but now there is a two-and-half week break."