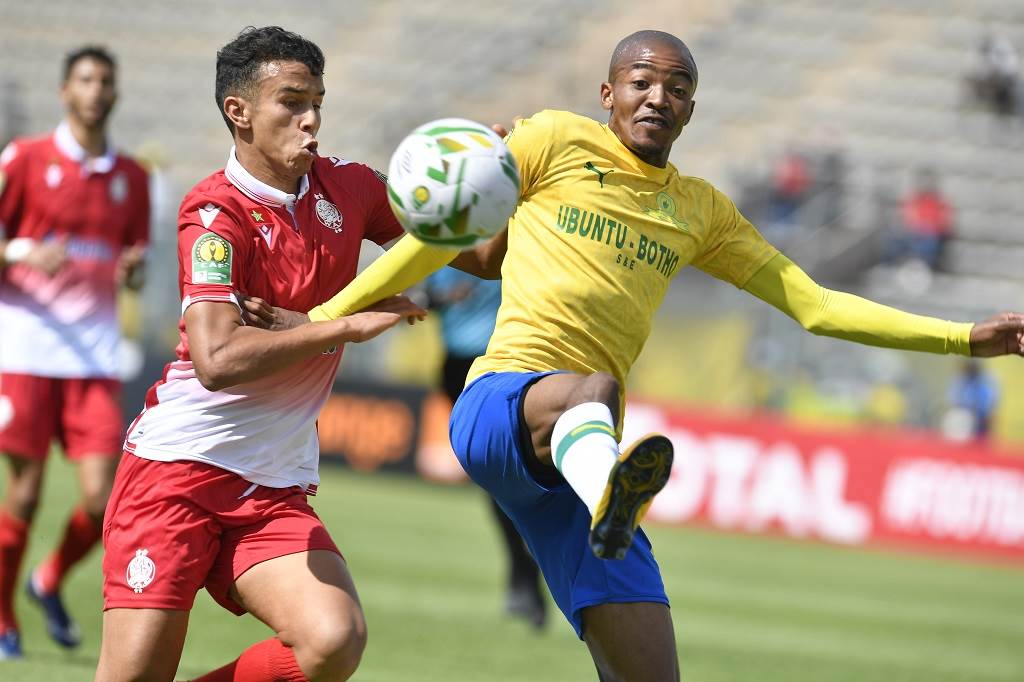 Sundowns came into the match with an unbeaten home record against the Moroccans, with their two wins from nine matches overall since 2017 coming on their own turf.

A quickly taken free-kick from Gaston Sirino found Themba Zwane, who drew a close-range save from Ahmed Tagnaouti 12 minutes gone.

Sirino then went in on goal a minute before half-hour mark, but Tagnaouti once again reacted sharply to stop the Uruguayan in his tracks.

The Brazilians displayed sound defensive discipline to withhold threats from Wahid El Karti and the Wydad attack, who looked to get the better of Denis Onyango seven minutes to the break.

However, Masandawana went ahead from the penalty spot on the stroke of halftime when Ricardo Nascimento stepped up to beat Tagnaouti after Maboe was fouled in the area.

The Brazilians looked to increase their advantage as the match resumed ten minutes following the second half, but the visitors held firm at the back.

Tagnaouti remained busy on 73 minutes with Wydad the shot-stopper rushed off his line to thwart Zwane’s point-blank effort off Sirino’s through pass.

Pitso Mosimane turned to the bench a minute later and introduced Phakamani Mahlambi who came on for Maboe.

Masandawana continued probing for a second goal afterwards, but were forced to settle for a narrow victory in the end to claim top spot in Group C.