Prior to this past weekend, Sundowns had not won in all their meetings against Al Ahly since Mosimane took over at the continental heavyweights in October 2020 straight after ditching The Brazilians.

Al Ahly dumped Sundowns in the quarterfinals on their way to lifting the Champions League but have been left at a disadvantage in Group A. 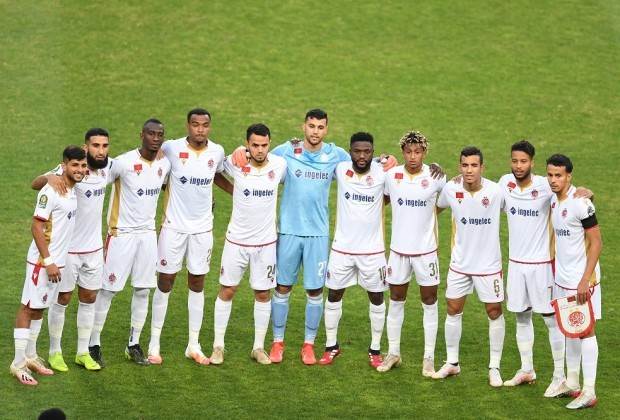 "Even last year we believed we have a team that can win," points out Manqoba Mngqithi, the Sundowns co-coach who was assistant to Mosimane for almost all his time at Chloorkop.

"We were training a team that we knew we have the capacity to win and to be honest Al Ahly has played a lot of matches so that is why we had to drag the game a little bit and make sure that they don’t get an early goal because we knew that as the game progresses, they might tire down. In the latter stages of the first half, we could have punished them.

"We anticipated what they might bring, and we were confident that the team we have has the capacity because we were still unhappy about what happened last year because even last year, we believed we deserved to win.

"Our plan was always to maybe defend from zone two so that we minimise the space behind our defence, and we are able to close the pockets in the half-spaces because we knew especially after they brought (Hussein) El Shahat they are going to be using the half-spaces in those pockets.

"So, we had to make sure that we drop a little bit but still put a bit of pressure which I think we did.

"They were still scary moments. I think the game plan worked. Their main player who always causes problems in entering the box is always (Ali) Maaloul with his left foot has a very good delivery. He finds spaces easily and has the ability to find spaces behind the defence, so we had to make sure that we close his left foot and force him to the other side."

Mngqithi added that even though the scoreline didn't always reflect it Sundowns had given a solid account of themselves against the Egyptian giants.

"We have always wanted to win and the last two matches we played against Ahly if you were to check all the stats of those two matches we dominated in every front. Shots at goal, box entries, crosses, counter presses, we were very dominant.

"If you were to check ball possession of the last two matches, we were unfortunate because they punished us. We made two silly mistakes. I believe we have always deserved to have done well but unfortunately in football, you win some and lose some," says Mngqithi.