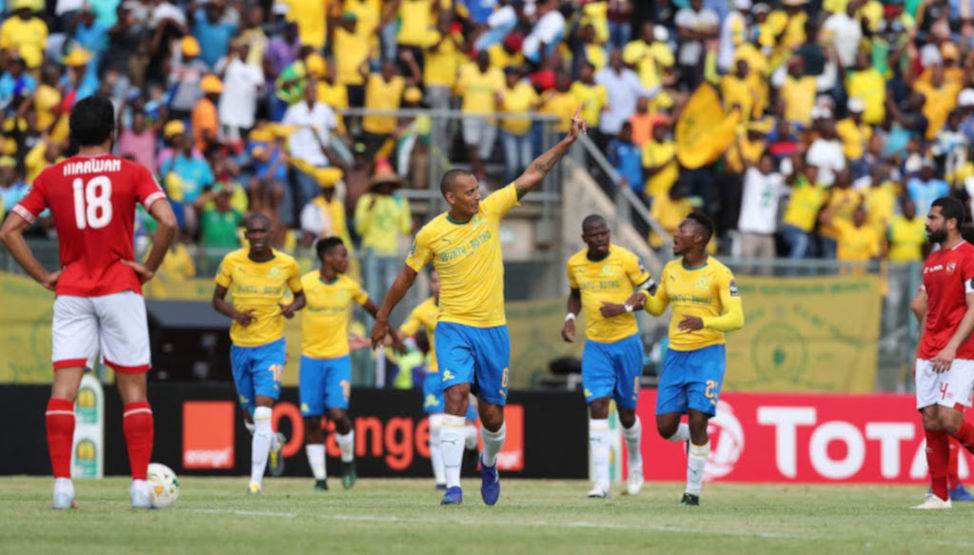 When Sundowns were drawn with the eight-time African champions, it was immediately tipped as the headline tie of the competition.

Head coach Pitso Mosimane, who guided the Absa Premiership champions to their first-ever title in 2016, initially played down their chances labelling Masandawana as 'small boys'.

And the result at Lucas 'Masterpieces' Moripe Stadium on Saturday left the continent shocked as they eased to a victory that has left them with one foot in the semifinal before the return leg in Cairo.

Osman, a former writer of Egyptian publication KingFut, offered cognisance of the expectation before the historic result, the state of the current squad and the future of Uruguayan head coach Martin Lasarte.

"The expectation going into the game was not that high because Al Ahly has not done well on the road this season, whether it was domestically or during African competitions," Osman explains.

"The belief all around was that if Ahly went there [to Sundowns] and performed well and returned with a deficit that could be turned around in Cairo because their home form is what they really rely on, then it would have been okay.

"The fact that they played a league game three games prior also made the expectation a little lower than usual, but with Ahly, the opinion, especially with the fans, is very high and they wanted to go to South Africa and get a positive result, but as you know that didn't happen...

"[Martin] Lasarte did rest a lot of players in their previous game [Ithihad Alexandria] and Al Ahly generally has great squad depth, so even if it were a weaker squad fielded the expectation going to Sundowns was to get a positive result because CAF Champions League is the biggest priority.

"Ahly have always dominated the domestic scene over the years but the African competition is always the biggest aim every season and the result has created a huge backlash amongst the fanbase and the media, which is predominantly Al Ahly supporters."

Most expensive squad but can't compare to Aboutrika era yet...

"The Mohamed Barakat, Aboutrika squad was probably the best Ahly side over the last three decades and it would be very difficult to create a squad of that level at this moment in time. This current squad is still young, there are big hopes that it can develop much further.

"If you look at the ridiculous amount they spent on Ramadan Sobhi, Hussein El Shahat, who they brought back to Egypt for a club-record fee, was expected to hit the ground running too and he's been starting from the bench recently.

"So there is a bit of panic surrounding the club at the moment as they realise now they don't have the ability of yesteryear," he added.

"It does seem like the club will need to invest heavily in the next transfer window again just to satisfy the fans and bring the squad back to the level it was before and the level where they believe they belong - which is the top of Egyptian league and Africa."

The Red Devils will host Downs at the Cairo International Stadium on Saturday 14 April.