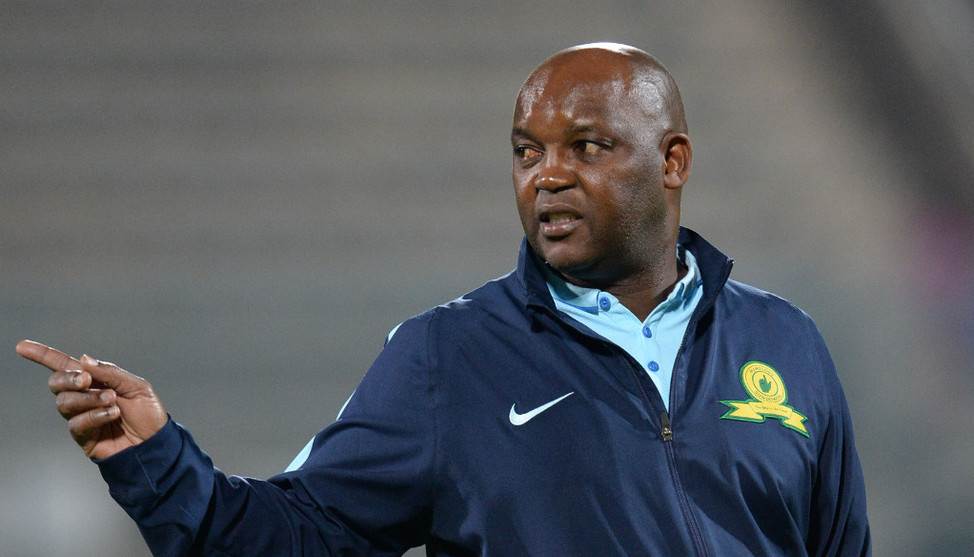 Downs welcome The White Knights to the Lucas ‘Masterpieces’ Moripe Stadium in Atteridgeville, knowing that a solitary point will be enough to clinch qualification to the knockout rounds of the continental competition.

Mosimane says the occasion reminds him of their Absa Premiership title decider against University of Pretoria back in May, where The Brazilians needed a draw to clinch a record seventh league title with two fixtures to spare.

“For me this game feels like a day before we played Tuks in the league, where we knew if we win we wrap it up,” ‘Jingles’ told reporters during the club's media day earlier this week.

“The players’ mentality is right. [Like in the AmaTuks game] we hope for an early goal that would allow us some freedom and ease the nerves, and that will also unsettle the Egyptians.”

Mosimane believes Zamalek can no longer be confident of collecting maximum points in Tshwane and feels the Cairo-based outfit are likely to aim for draw ahead of their final group fixture against bottom-placed side Enyimba.

“In my opinion I don’t think they think, ‘we can go to Sundowns and win easily,’ perhaps like they would have felt before the tournament started. I think they might have felt that they could come and win here but things have changed now hey.

“They know they are skating on thin ice. It won’t be very comfortable for them to lose here because they’ll have one more game to play, which is Enyimba at home.

“So, for Zamalek, a point [against Sundowns] would really eliminate Enyimba, to be honest, because I don’t see Enyimba beating them in Cairo.”

“I know anything is possible in football but then Enyimba will have to double their efforts. I’m also following Enyimba in their league, and they are not free-flowing, to be honest.”

Tonight’s clash is scheduled to kick off at 19h30.