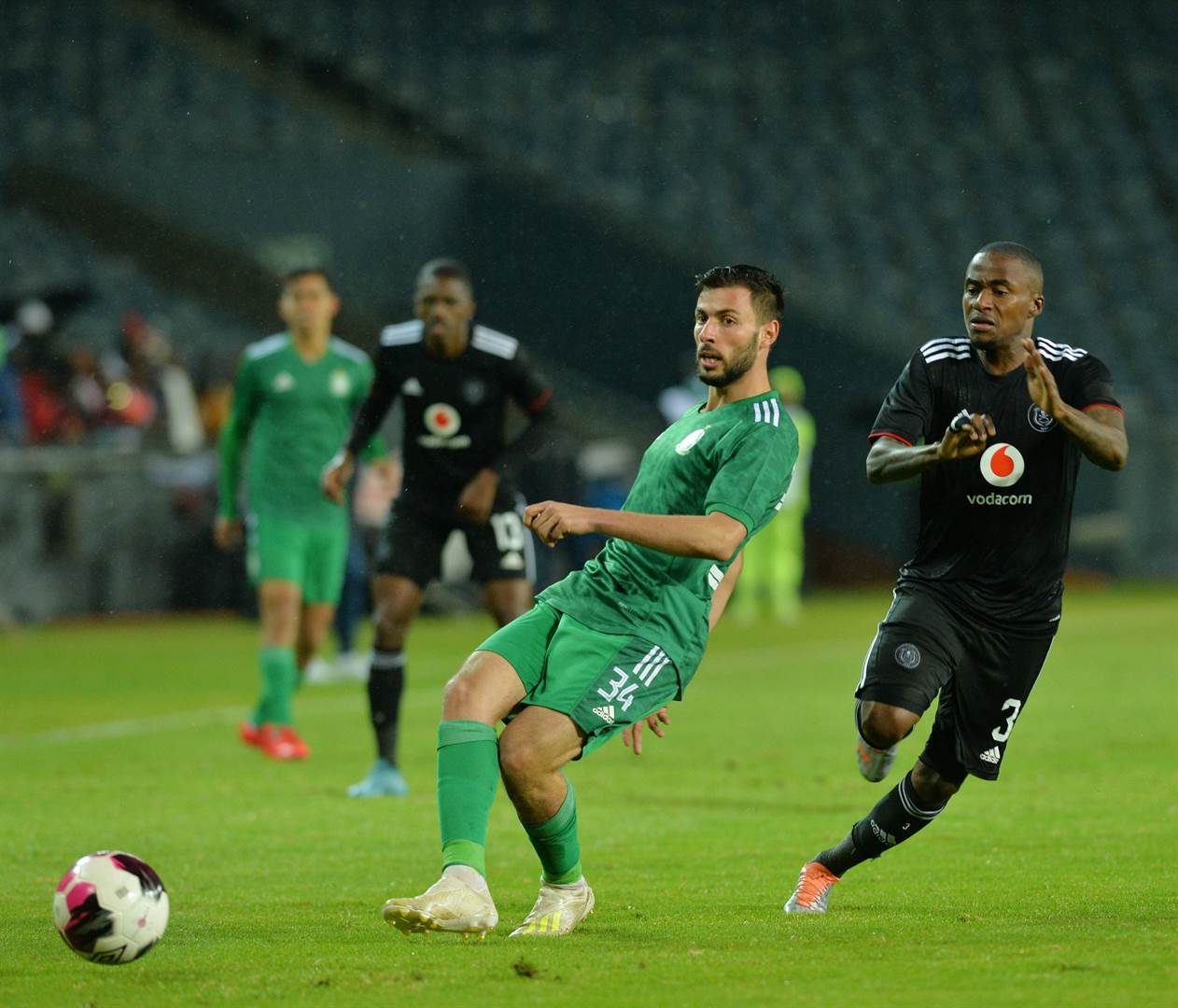 Orlando Pirates secured their spot in the final of the CAF Confederation Cup after defeating Al Ahli Tripoli 2-1 on aggregate.

Pirates had the highly-rated Nigerian Olisa Ndah back in the playing personnel ahead of Ntsikelelo Nyauza as their only change from the first-leg win last Sunday in Benghazi.

The Libyans were out of the starting blocks as early as five minutes and went close to breaking the deadlock when Mohammed El Fakih’s long-range shot cannoned off the top of the net.

Ahli Tripoli looked to have received a lifeline with 16 minutes gone when Happy Jele handled in the area and conceded a penalty, but after a pitch-side review on the Video Assistant Referee (VAR) monitor, it was overturned and scrapped.

Pirates looked to stabilise their all round structure following a rather uncomfortable period of intense pressure and withdrew Abel Mabaso to introduce Siphesihle Ndlovu.

The Buccaneers were drilled with more shots this time by Muayid Jaddour which Ofori thumped back into play on the stroke of halftime only for Saleh Al-Taher to blaze the follow-up.

Pirates made a solid start in the second half and missed the breakthrough by inches as Peprah leaned goal-wards from a loose pass around the area and fired into the side-netting.

It was all the Sea Robbers thereafter, as a surging run to the area brought Thembinkosi Lorch in with a strike but it was blocked away, before Vincent Pule made his long-awaited to return to action

Then from absolutely nowhere, Ahli went ahead in the last minute when a snap-shot outside the area from Ali Abu Arqoub deflected into the near corner and left Ofori stunned.

However, the effort didn’t yield any comeback because the Buccaneers held out and confirmed their spot in the final.