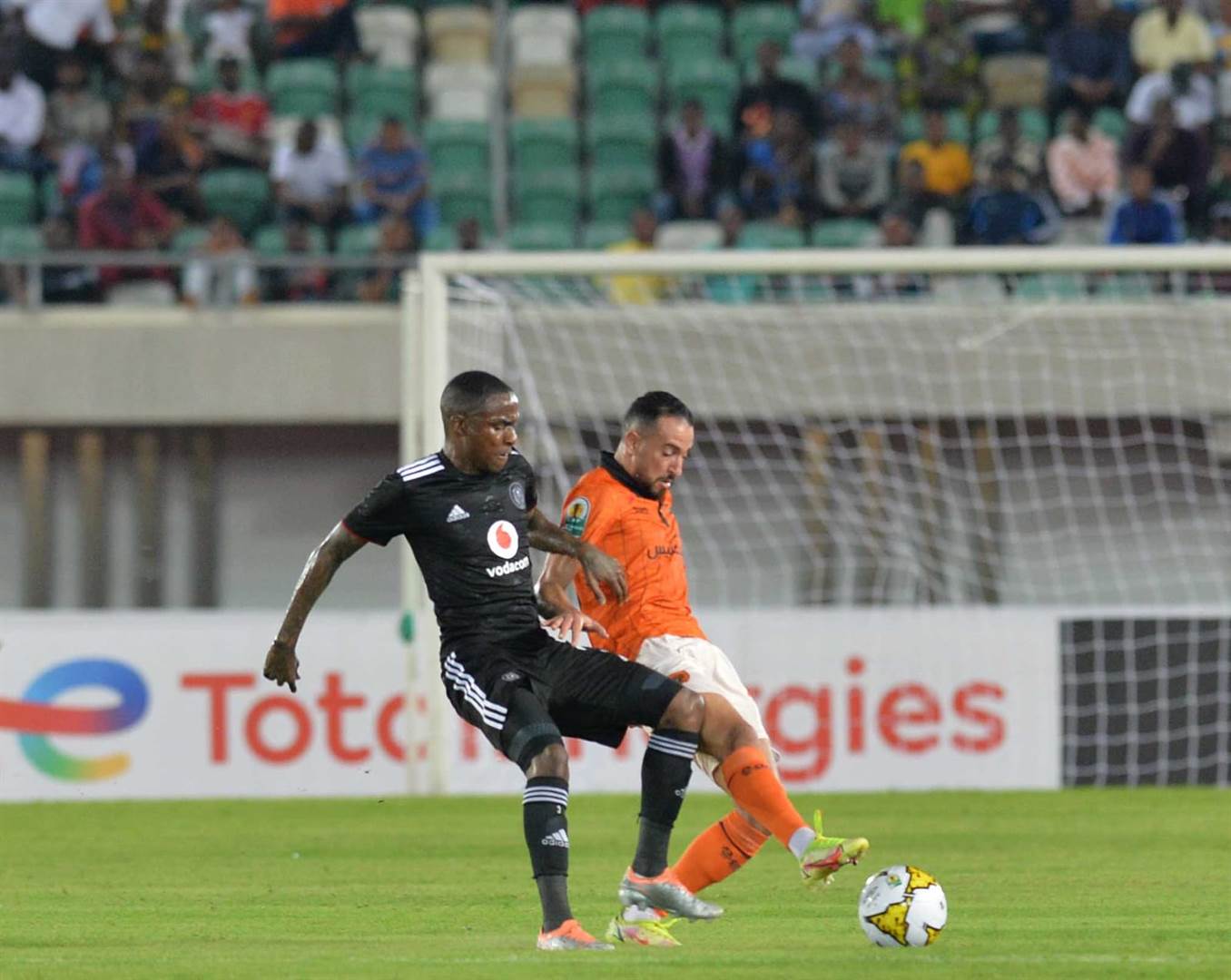 Orlando Pirates' wait for a first CAF Confederation Cup title continues after they lost to RS Berkane via the penalty shoot-out on Friday night.

There were no alterations by the Buccaneers following their semi-final second-leg clash against Al Ahli Tripoli last weekend, as Happy Jele started his third continental final for the club.

Pirates wasted a big chance to take the lead with just three minutes played through Deon Hotto, who fired a perfectly timed through ball straight at goalkeeper Hamiani Akbi from a clear position.

All the earlier interventions continued to fall the way of Pirates as Jele headed a cross from Goodman Mosele narrowly past the near corner of the net.

There were more decent opportunities minutes after the half-hour mark for the Buccaneers, with a low speculative shot by Bandile Shandu forcing Akbi to go down and parry away.

Berkane started to come forward in the later stages of the half and nearly took the lead through a low shot from Charki El Bahri which Richard Ofori struggled to dealt with on the stroke of halftime.

The Buccaneers though continued to dominate after the restart and worked another close-range save off Akbi from another guilt-edge attempt by Hotto with the defence caught square.

A fresh pair of legs in the final third over 30 minutes in the second half for Pirates saw Tshegofatso Mabasa replace Kwame Peprah upront.

Pirates still found the going tough up top where the introduction of Mabasa brought no meaningful impact, and the match thus entered extra-time.

There was no shortage of drama five minutes in extra-time as Berkane drew a foul from Thabang Monare in the area following a review and won a penalty which El Fahli tucked away easily.

It was now a case of all out attack for the Buccaneers in light of a comeback which appeared in sight after Mabasa nodded a floated ball across the bottom-corner.

As the match started to wind down, Pirates levelled after Lorch came short in the area on 117 minutes from a long ball and saw pass roll into the net.

The match went to a penalty shoot-out and Berkane emerged victors with Brahim El Bahraoui slotting the winning kick after Lorch's penalty was saved.

Next on KickOff
Ncikazi speaks out on final