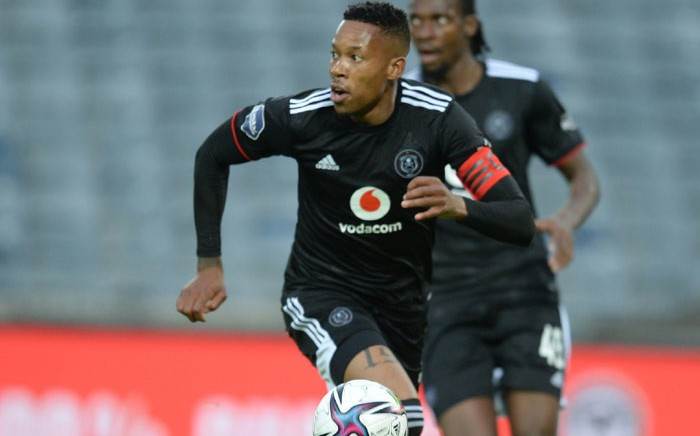 For all the finals that Orlando Pirates captain Happy Jele has played through his time at the club, he remains simple about how to approach a match carrying the worth of a trophy at the end.

Jele will tonight feature his twelfth final in the colours of Pirates and his third on the continent when The Bucs come up against RS Berkane in the CAF Confederation final in Uyo, Nigeria (21:00).

The 35-year-old has played in all the MTN8, Telkom and Nedbank Cup finals locally, and also featured in both the Champions League and Confederation Cup previously.

"We want to enjoy ourselves by giving it our all and win the trophy," Jele declared.

"The opponents are good, but we are also good, and we just must implement what we have been practising ourselves and get the result at the end of the day.

Pirates go into the final backed by a solid defensive record in the competition.

In 13 games throughout the competition, the Buccaneers have kept a clean sheet in nine games.

Their opponents RS Berkane have conceded in eight matches.

"We are ready for one more war. It’s a war because it is over one leg. It is either you die or whatever, but it is a war, and we are prepared for it.

"That is why I have said we have been doing great in this competition since it started and now, we just want to finish it off in a proper way. We are ready and prepared for it and want to get the result at the end of the day," Jele added.

Pirates will feature local hero Olisa Ndah with the Buccaneers hoping that he swings the support to their favour.

Free tickets have been made available for the final.

"I think it is great that we have a teammate that comes from this country. He has helped us with what we have to adjust, so we are grateful and just have to enjoy the moment and the support that we are going to get.

"We have to try by all means to get the trophy because it is his home."