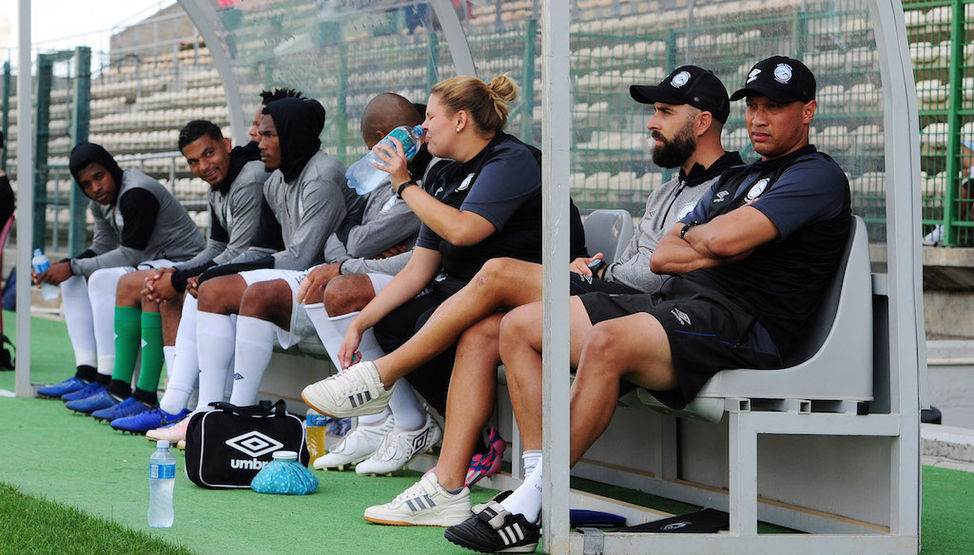 United were at the bottom of the table when the former Kaizer Chiefs defender took over from shareholder Roger De Sa in December, but has sinced moved up to 11th on the standings.

Isaacs' contract with the Cape Town based side will finish at the end of the season, but there’s an option to renew.

“It's what I always wanted it to be, to be involved in the game after playing football for such a long time. I felt that I could offer a lot you know. It's something that I wanted and I am striving on.

“I just built on the foundation that the previous coach has laid. It was a matter of them believing in themselves and then working a little bit hard, doing much more.

“Being good wasn't good enough for me, I wanted more. As you can see the team has improved. I also need to give credit to the management and also my backroom staff, they've worked extremely hard.

Despite moving up the table, Isaacs knows that they cannot be complacent.

Asked what he thought of Isaacs in his first season as a head coach, club boss De Sa said: “So far so good. [He] Kept it going, nothing drastic. Window and new season will be a new challenge in preparation for next season, but he will be well supported and guided,” De Sa said.

Pressed further on whether the coach will still be with the club next season, the former Bidvest Wits coach said: “Too early to decide. We all have options, club and coach.”