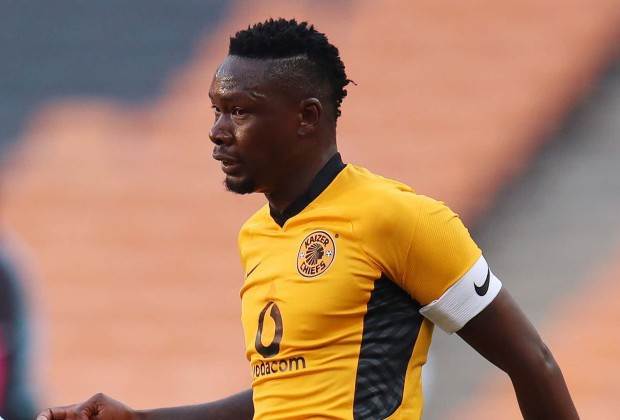 Kaizer Chiefs defender Mulomowandau ‘Tower’ Mathoho will move on to a rare achievement at the club set to rubber-stamp his standing as a legend.

Mathoho – who turns 32 in under a week – will have completed a decade of service at Chiefs by the time the curtain comes down for this season.

The tall defender joined Chiefs from Bloemfontein Celtic in 2012 just after the appointment of Stuart Baxter for his first spell at the club and went on to win the league and cup double in his first season.

He then won the league again two years later after having added the MTN8.

With Chiefs having now gone for seven years without silverware, it has meant Mathoho has also had to deal with that agony.

Though without silverware he has continued as a loyal servant staying on at the club past periods when there was reported interest in his services from Belgium.

He has weathered the storms holding it out at the back playing regularly under every coach from Baxter in his first spell to Steve Komphela, Giovanni Solinas, Ernst Middendorp, Gavin Hunt and Baxter again.

This season he has 16 appearances all of which have come playing in his traditional position as a centreback.

He has totalled 255 appearances and though he is a defender he has a healthy return of 24 goals/.

This season he is yet to score with the only other campaign that he didn’t get his name on the scoring charts having been in 2018/19 when he battled with injury and ended up with just five appearances.

Mathoho will spend at least one more year at Leopards.

In completing a decade at Chiefs, he now sits amongst Itumeleng Khune, Gerald Sibeko, Thabo Mooki, Bernard Parker, Willard Katsande, Siphiwe Tshabalala, Tinashe Nengomasha, Arthur Zwane and Kaizer Motaung Jnr who are amongst those who have all given the club a minimum of 10 years’ service in the PSL era years.