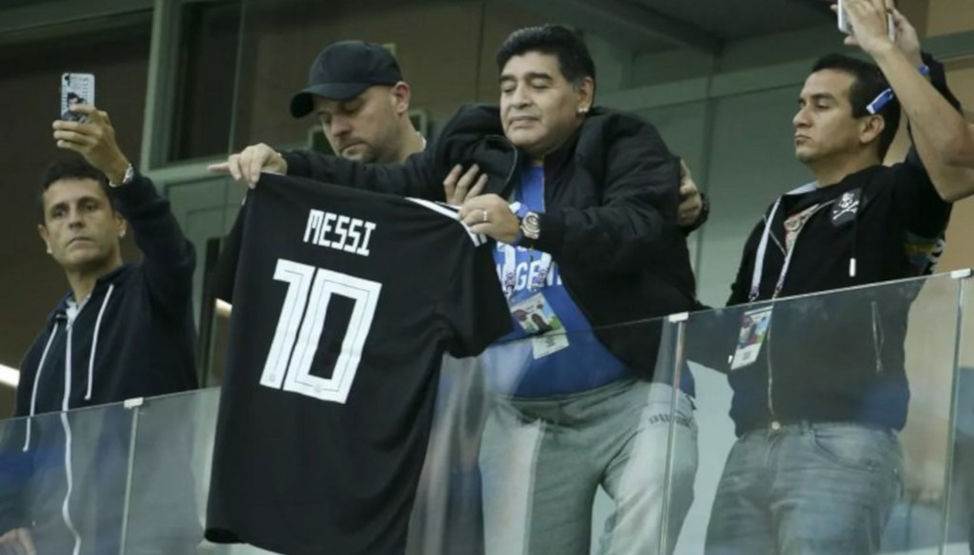 The 1986 World Cup winner laid into the current Argentina side after their defeat against Venezuela, who finished last in their CONMEBOL qualifying for the 2018 World Cup with just two wins from 18 games.

Lionel Scaloni’s side were beaten 3-1 by Venezuela in a friendly in Madrid, and the former national team coach compared the experience of watching the game to a horror film.

"I prefer not to watch horror films but I don’t know how the inept bunch who are in charge of Argentina thought they were going to beat Venezuela," Maradona said, as per Spanish outlet AS.

"It hurts me because I feel Argentinean to the core, but with the generation of players like [Oscar] Ruggeri, [Gabriel] Batistuta, [Claudio] Caniggia... the current team don’t deserve to wear the shirt and those players had it tattooed on them."

The 58-year-old added: "We'd give our lives to see the back of [Claudio] Tapia, who has no idea what he’s doing."

Tapia took over as president of the Argentinean Football Association in 2017 and has come under major scrutiny for the national team's lack of progress under his guidance.