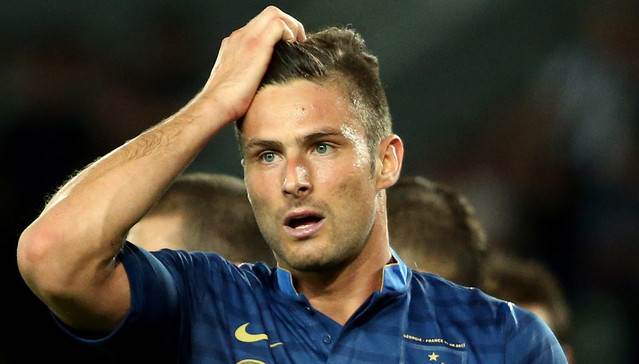 However, Olivier Giroud insists that France must keep focused as they head into Sunday's final against Portugal.

His side booked their spot in the tournament's showpiece with a 2-0 victory over the Germans, a team they haven't beaten in a major competition since 1958.

Now Arsenal striker Giroud believes they need to cast that famous win to the back of their minds and look ahead to their showdown with Portugal.

"It was an emotional night, we will enjoy it and then focus on Portugal," Giroud said. "It was a key moment to score the first goal, the penalty changed the game because Germany had created some chances in the first half but weren't able to score."

It's been a while since we beat that team in a big match. We're very tired but very happy tonight. We're going to enjoy this and then concentrate on the final on Sunday.

"I'd like to write a chapter in history and achieve something great on Sunday. We hope there will be a great ending to this tournament, we can't stop now."