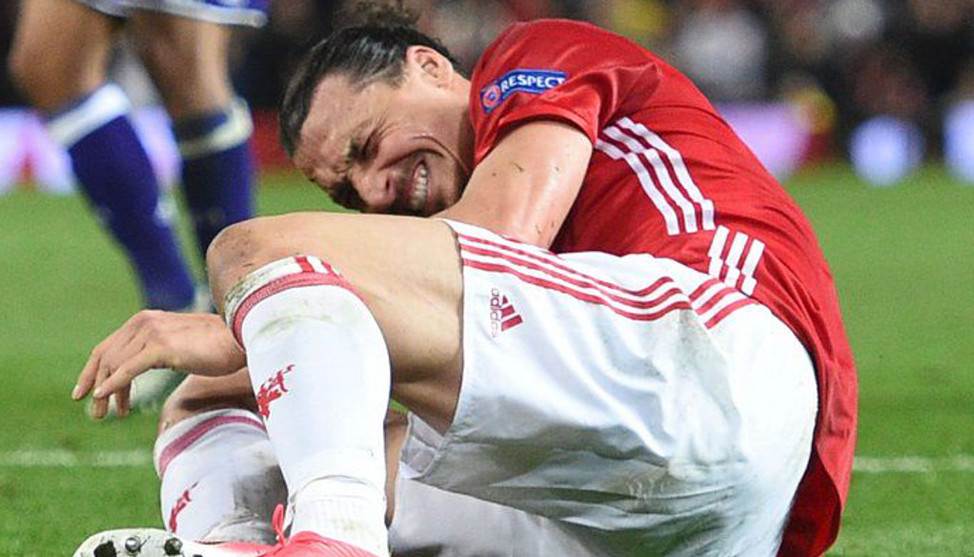 The iconic Swedish forward was ruled out for the remainder of the season after suffering a knee ligament injury during the club's Europa League quarter-final win over Anderlecht.

But, Ibrahimovic took to his official Instagram account, saying the football world had not seen the last of him.

"I will go through this like everything else and come back even stronger," posted the 35-year-old.

"So far I played with one leg so it shouldn't be any problem.

"One thing is for sure, I decide when it's time to stop and nothing else. Giving up is not an option. See you soon."

United manager Jose Mourinho has expressed sadness for Ibrahimovic and Marcos Rojo, who was also ruled out for the rest of the season after hurting his knee in the same game.

"No player deserves to be injured, but in these two cases, it's even more sad," said Mourinho.