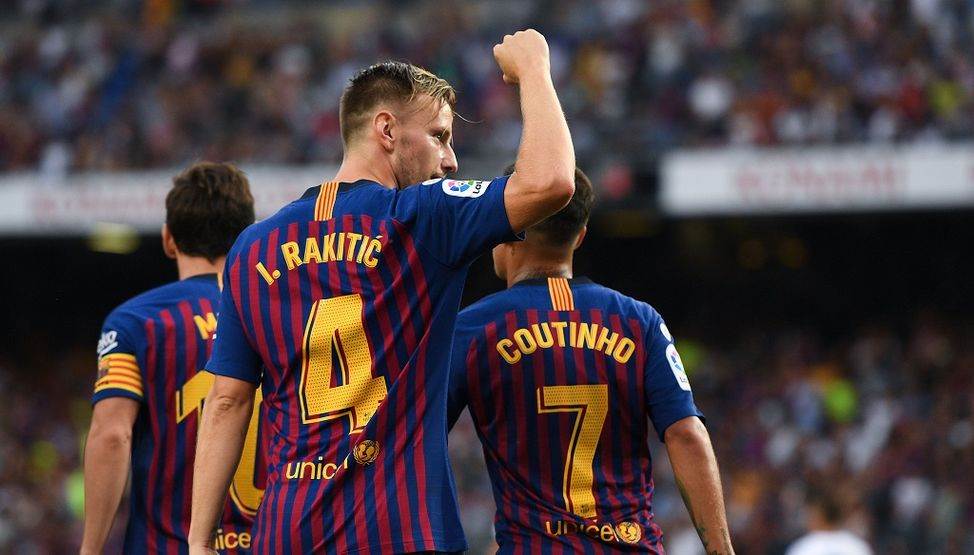 Huesca stunned the hosts, taking the lead as early as the second minute through Cucho Hernandez finishing off nicely after a head down by Samuele Longo.

Barca grew slowly into the game and despite the creation of a few scary moments, didn’t pose any trouble to Huesca.

The score was levelled though and it was none other than Lionel Messi stepping forward with a turn into the Huesca box to hit the bottom corner with the help of the post on 17 minutes.

For the first time in the game, Barca raced ahead as Jorge Pulido turned a low cross from Jordi Alba into the back of his own net on 25 minutes.

Ousmane Dembele looked to get on the end of things three minutes later, but a shot from the edge of the box just skinned the left-hand post.

Luis Suarez made it three five minutes to halftime with an easy tap-in following a cross-field pass from Alba.

Huesca were not done fighting. Instead, they showed Barca their intentions to come off with a positive result, with Alex Gallar poking home their second off poor defending following a low-medium cross.

Barca's two-goal lead was eventually restored when Dembele finished inside the box with a left-foot scorcher that trickled off the inside post following a through pass by Suarez on 48 minutes.

On 50 minutes, Suarez forced defenders to defending with their backs to goal off a long ball but his goal-bound shot was flicked away by Werner.

A minute later, World Cup finalist Ivan Rakitic added a fifth with a low volley in the bottom corner after a wonderful dink by Messi.

The route was inevitable, with Messi completing his brace on 61 minutes after being sent one-on-one with Werner by Phillipe Coutinho to finish into the bottom corner.

The misery wasn’t over for Huesca, with Alba capping off a fine performance by finishing off lowly in the bottom corner.

The Catalans made it eight from the spot at the death with Suarez completing his brace to round off an astounding second half display.