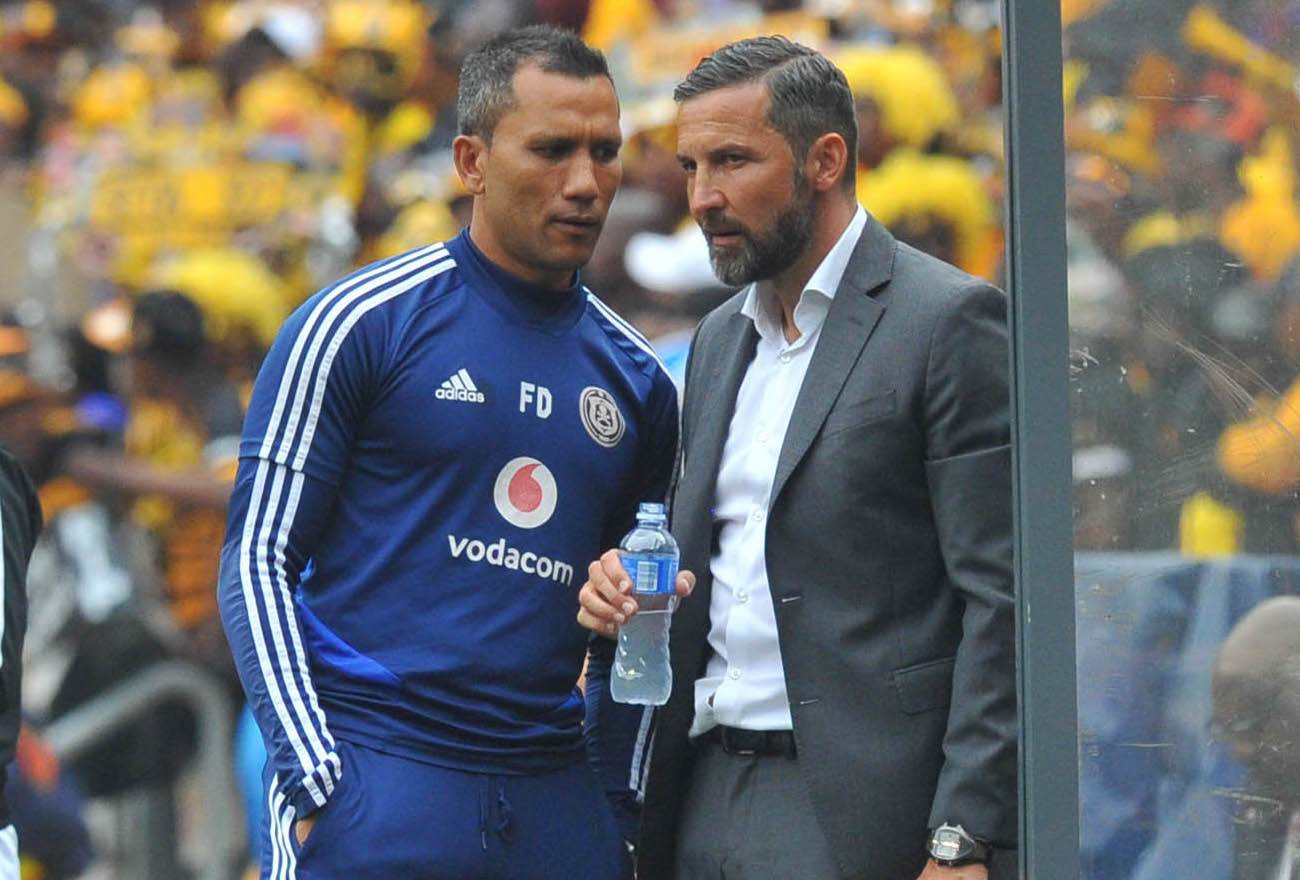 Pirates have been without Zinnbauer since last Saturday when he left the country to attend to his son, who is in a critical condition in hospital in Germany.

The Buccaneers have managed to maintain the momentum from their 3-0 victory over arch-rivals Kaizer Chiefs last weekend after they beat Bloemfontein Celtic 1-0 on Wednesday evening.

With another Soweto Derby on the cards on Sunday, Davids has revealed that, despite the distance, they have yet to feel JZ's absence as he has remained in constant contact throughout the week.

"I'm in constant contact with the coach – three or four times a day – and he definitely has his finger on the pulse," Davids told the media on Friday.

"If you approach the game really wanting to score and not immediately going to defend the 3-0 scoreline, that's the approach we want to take and how we'll start the match."

"Gabadinho Mhango is ruled out, definitely not available. We still await [updates] on Tyson, Lorch and Dzvukamanja. We'll get the final reports later in the day and then make a decision to either do a late fitness test or not," said Davids.