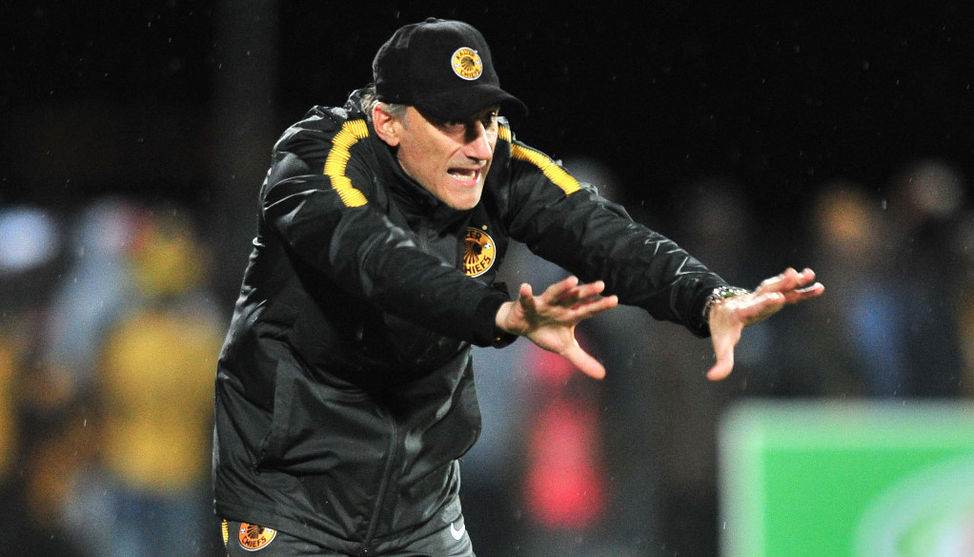 Chiefs are one of four sides yet to register a victory this season, having accumulated just three points from their opening four matches.

Currently in joint-12th position with Free State Stars, only Highlands Park, Chippa United and Maritzburg United have less points than Amakhosi, who have played one more fixture.

Their only win has come in the MTN8, which Solinas has admitted is a different kettle of fish but refuses to panic over his side’s poor start to the league campaign.

“The [MTN8] Cup is another history. [The Absa Premiership] is another one. Yes, I know for a big club like Kaizer Chiefs three draws is no good, but I am confident because we create chances every game,” said Solinas.

“The [Absa Premiership] is a marathon. Football is about how you finish, not about how you start. So, this is a horse race and we judge the horse at the finish line.”

Having endured three seasons on the trot without silverware – a record for the club in the PSL era, the Italian tactician firmly believes that Chiefs can gun for the championship.

“With this being a marathon, there are a lot of games and the league only finishes in May, I think. So we have time to fight for the title,” he concluded.