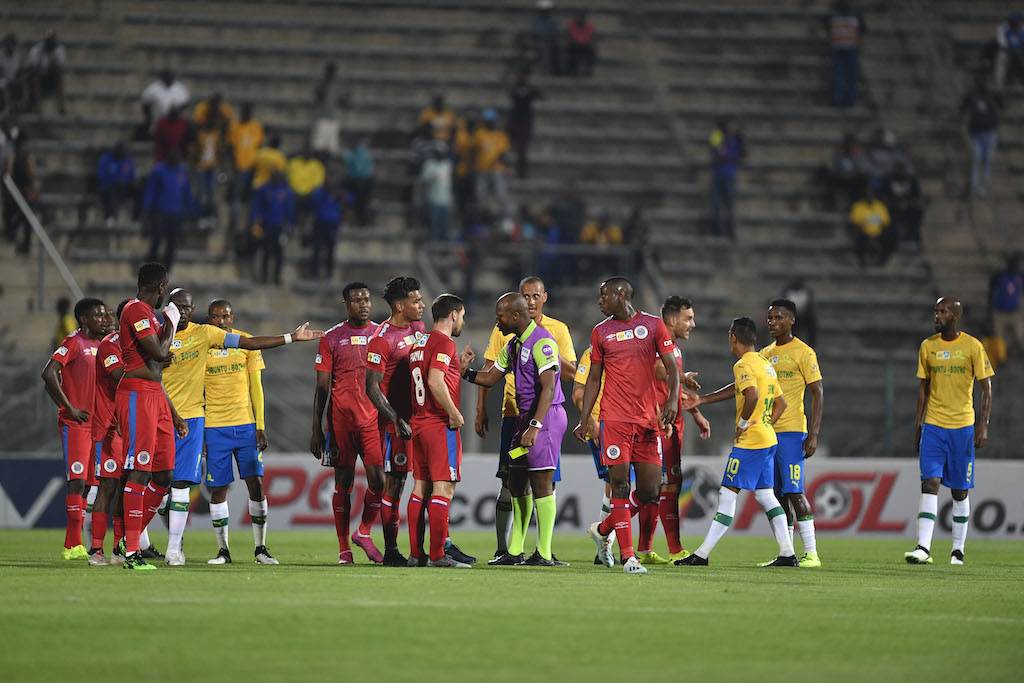 SuperSport and Sundowns players engaged in a scuffle after the incident Sirino and Daniels were involved in a charged-up exchanged during their MTN8 semi-final last month as Dean Furman also took a blow to the face upon attempting to break things up.

Daniels has since spoken out about the incident, while Kekana has also engaged on the matter and explained that the main issue was as minor as a communication breakdown, given the Uruguayan’s ongoing struggles to grasp the English language.

“Well, that’s the nature of football. As people, we differ in how we handle situations. Sirino is one character that we all know in our team that English is a problem,” said Kekana.

“So, for me, if you communicate with a language that I don’t understand, I get very, very upset and impatient with you, so I hope with this two weeks we teach him English properly, so that he can understand what other people are saying.

READ: When I will quit Bafana - Kekana

“But, for me, it was just an unfortunate situation where Clayton bumped into Sirino, and I think if there was proper communication then I think it was going to be handled differently than how it went.

“But it was just a minor incident that I think as men they could have just shaken hands and moved on.”