Goalkeeper: Moeneeb Josephs - The way he carried himself on the field and how he spoke to players. He was very vocal as a goalkeeper. Right-back - Kamaal Sait: He was a tough tackler, a hardman. In one-on-one situations he'll always get the better of his opponent. Centre-back - Musa Otieno Ongao: Musa was just brilliant, his height made the difference and he was cool with the ball at his feet. Centre-back - Ashraf Hendricks: You should have seen him in training. Even during training he would tackle you off the field. With the ball at his feet he was always cool. Left-back - David Kannemeyer: I didn't play with him, but against him. He was a no-nonsense defender. He was quick and his crossing was perfect. Left-wing - Kenwyn Manuel: Could score goals geez! He was short but they say dynamite comes in small packages. He was quick and had a good left foot. Right-wing - Erwin Isaacs: You know 'Appels' man, he could score goals. You could play him as a striker and midfielder. Centre-mid - Marawaan Bantam: I loved scoring goals. I wasn't much of a tackler, but Boebie Solomons drilled that into me. You must be able to tackle and go forward. 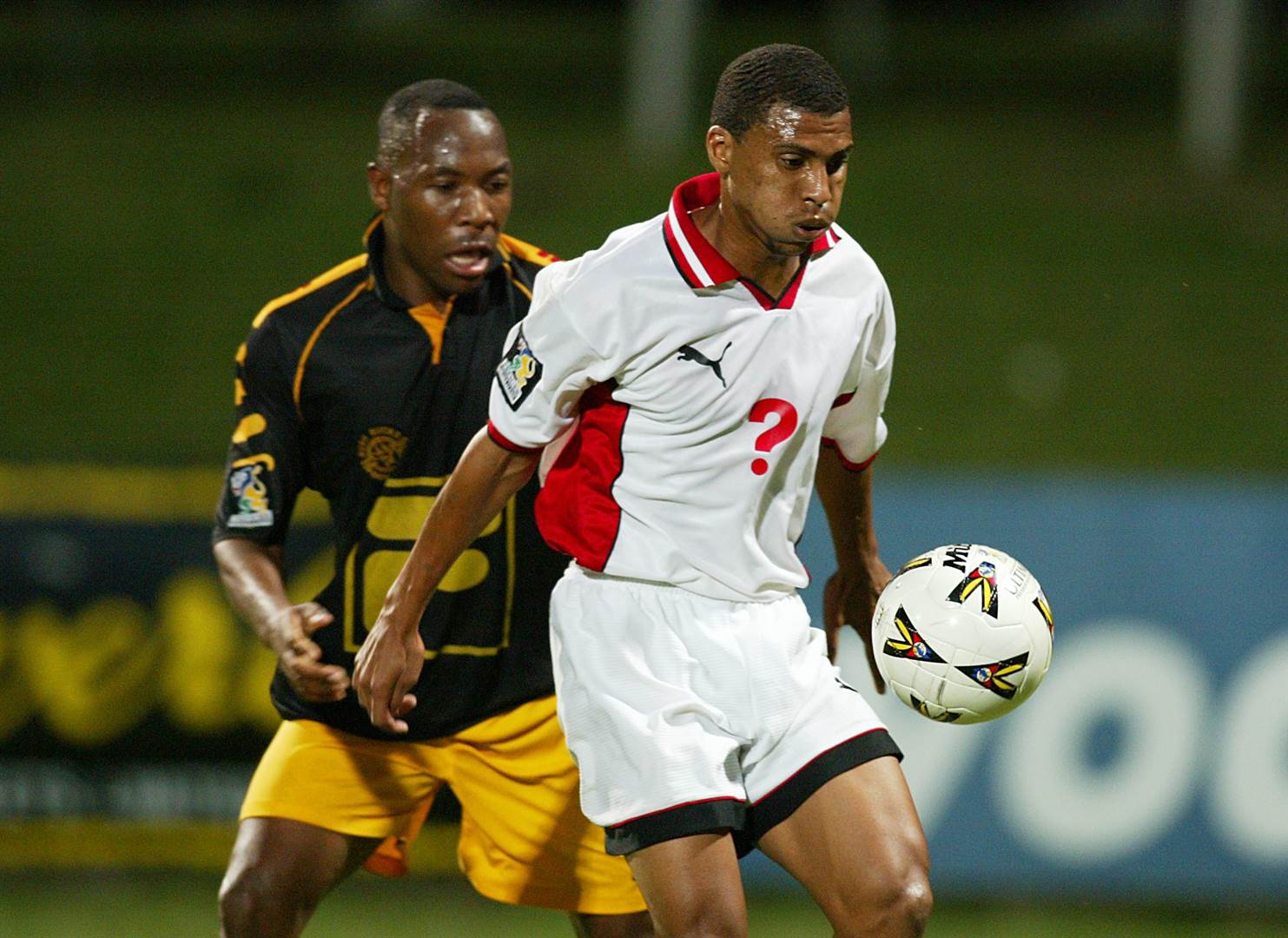 Centre-mid - Ricardo Manetti: Ex-Namibia international. I just loved playing with him. He would give me that freedom on the park to attack. Striker - Eleazar Rodgers: Aerially he's magnificent. Quick and if you underestimate him in the air, you will really come second. Striker - Jean-Marc Ithier: His record speaks for itself. Had all the qualities of an international striker. I just loved playing off him. Former Santos and Bidvest Wits midfielder Marawaan Bantam has selected the 10 best players he featured alongside during his time as a professional footballer.

"I just loved playing with these players because they had that never say die attitude," Bantam tells snl24.com/kickoff.

"I didn't even put Edries Burton in there. We all learned a lot from Edries at Santos.

"I saw a lot of good players. South Africa is blessed with talent. There's so much talent in this country. Some of the players today don't match what we did. I watch a lot of South African football with my two boys."

Bantam points to being a late bloomer as to what prevented him from realising his dream of playing for the likes of Kaizer Chiefs, Orlando Pirates and Mamelodi Sundowns.

"I really don't know because while growing up here in Cape Town and you can ask my parents, my favourite team was Kaizer Chiefs. My favourite player was Doctor Khumalo.

"I think the reason why I didn't get a chance to move to Pirates or Chiefs was that I was a late bloomer.

"I only took football seriously at the age of 25. I made my PSL debut when I was 26 which is quite late."

Bantam says it still puzzles him as to why Bafana Bafana coaches never recognised his talent.

"Never. Up until today, I don't know why. I'm not disappointed because I had a very good eight years in the PSL."

Next on KickOff
My Dream Team: Abel Shongwe