GK – Andre Arendse: I can put myself in goals but I'm not that sort of person. Andre took over from me [at Bafana] and had a lot of individual success and played overseas, etc. LB – Gardner Seale: He complimented the back four. And also when it was his turn, he would go forward and put in good crosses into the opposition box. He was a hard worker. CB – Lucas Radebe: Strong in the air and a good tackler. CB – Neil Tovey: Like Lucas, he was a good reader of the game. Neil could create offensive moves from the backline, and also supplemented the midfield very well. RM – John Moshoeu: Also skilful and would do a lot of the running in the midfield. CM – Doctor Khumalo: Very skilful, a good passer of the ball, he could create scoring opportunities. 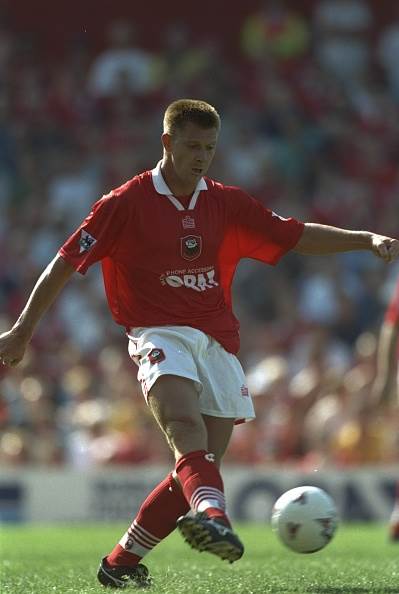 CM – Eric Tinkler: He was just a solid player. Good tackler and he took no nonsense. He would often break up attacks coming through the midfield. ST – Phil Masinga: A good target player, could head the ball well, and you could play the ball up to him and he could hold it up. He also had a good shot on him. RB – Sizwe Motaung: A solid player who enjoyed attacking as well. From right-back, he would go attacking down the wings. A great offensive right-back player. ST – Shane McGregor: A very robust player, who put himself in battles and took no nonsense. He would have been a good partner playing with Phil, to feed off him. One of the best goalkeepers in his days, Crowley advises the current generation of players to lead healthy lifestyles and focus on their careers if they want to prolong their time on the pitch.

While selecting a team of 11 players and explaining his decisions, the 58-year-old insisted that he cannot single out just one of his coaches as the favourite to lead his dream team.

"I would choose all the coaches I had in my football career, they all had a good or bad point," Crowley tells snl24.com/kickoff.

"My team is obviously made up of the players that I played with, so I'm familiar with them. And obviously we also shared a similar love and passion for the game; the camaraderie we had together, the team spirit and wanting to win things.

"The game has changed, the players are a different breed of athletes today. There's much more in the game today with regards to fitness and training techniques, diet and all those sort of things that weren't in the game when we played you know.

"But we used to wear our hearts on our sleeves, as it were."

Next on KickOff
My Dream Team: George Lebese