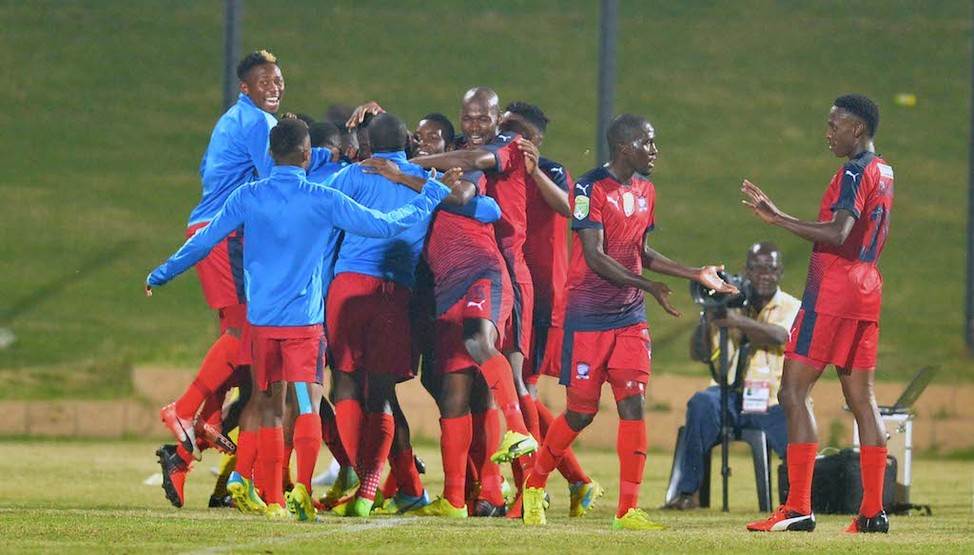 Goals from Linda Mntambo and Magokologi Ngele saw the sides locked at 1-1 after extra-time, before Sifiso Hlanti missed a sudden death penalty to give it away in the end.

It was a tense opening to the match as both sides got a feel for the conditions and each others' game-plan.

Wits had the first real chance when Cuthbert Malajila got onto the end of a Ngele cross in the 23rd minute, but the Zimbabwean striker's effort went agonisingly wide of the target.

Cosmos then surged forward as the half approached it's dying stages and were rewarded for their pressure when Mntambo finished on the rebound after his initial effort was blocked by Siboniso Gaxa.

Wits got the equaliser after sustained attacking pressure as substitute Daine Klate's corner was headed home by Ngele shortly after the hour-mark.

Neither side was able to find the back of the net as the match went into extra-time.

Ngele had a great chance to grab the lead before half-time of extra-time as the forward blasted his effort over the crossbar from inside the box.

Cosmos had a late chance to grab a winner on a counter-attack but Moeneeb Josephs was called to deny substitute Nkanyiso Madonsela's shot from distance.

The match ended in a stalemate after extra-time, forcing the tie into a sudden death penalty shootout.