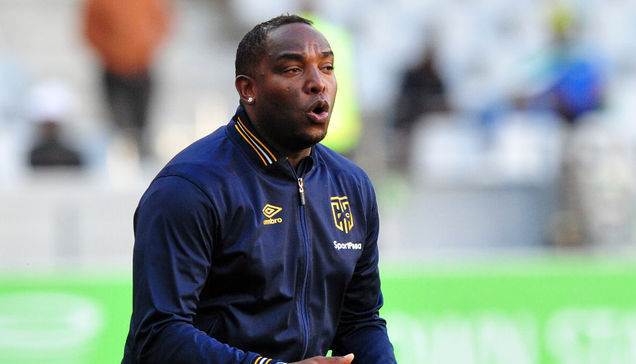 The Citizens were knocked out of the Nedbank Cup by Soweto giants Kaizer Chiefs, who registered a 2-0 win to progress to the semi-finals, where they will play Chippa United.

“The Chiefs fans came in numbers to support their team and their players delivered. I just think we crumbled under pressure from the packed stadium and everyone rooting for one team, so you are playing against 12 men literarily and it got the better of our players and I think too many players we not on their A-game," McCarthy said after the game.

“We expected a lot from them tough one for us because it was a big opportunity, but Chiefs made their luck and they made us to probably play the way we did and fortunately they are in the next round.”

McCarthy feels the occasion was just too big for his players and played into Chiefs' hand in the end.

“I like to be on top, but we started okay it was not that bad. You could see the intentions from Chiefs it was clear and what I was expecting from the players we didn’t do it, I think the occasion was too big.

“We started playing into Chiefs hand when the build ups didn’t work then you start seeing players do things they are not supposed to do, and we lose that cohesion and team effort and we started chasing.”

After going down 1-0 in the first half, many expected City to bounce back in the second half - having done so on quite a few occasions this season against other clubs - but it was Chiefs who got the second goal to put boot the Citizens out of the competition.

“We were not ourselves, we could not build up from the back and it was not because of Chiefs high pressing game, the occasion beat us."