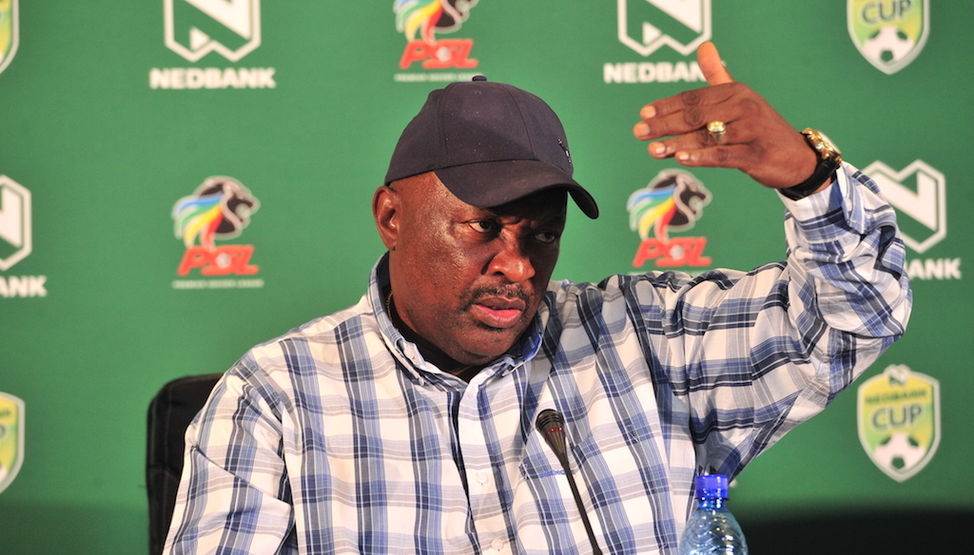 Cosmos take on Telkom Knockout champions Bakgaga at Peter Mokaba Stadium on Tuesday and, even though there have been upsets in the past in the Nedbank Cup, Sono says they do not have a chance of beating the Limpopo outfit.

“I think it’s a tall order for us. We would like to go far, but sometimes it’s not good to dream in the afternoon. To play Baroka, they beat Orlando Pirates in the cup, they played a draw away with Sundowns and they played a draw away with Pirates [this past Tuesday]. It’s not even an issue of David and Golliath. We don’t fancy our chances, to be honest and frank,” Sono said.

“We have been in a bit of a slump in the last three games. I know sometimes they say there’s miracles. Maybe there will be, but at the moment Baroka is playing good football. At least I am honest.”

Asked if he could just be playing mind games, Sono said: “At the moment Baroka are far better than Cosmos, that’s a fact. We don’t stand a chance. I’m very proud with what what I do and my players can tell you I take defeat very bad, but I accept it because it’s part of the game.

“We will work hard to try overcome Baroka, but even in my mind I tell myself ‘I don’t think we can do it’. But I am not going to take my team to a slaughter house to get slaughtered without even trying. We are going to try because they [the players] are playing for their families and their futures.”