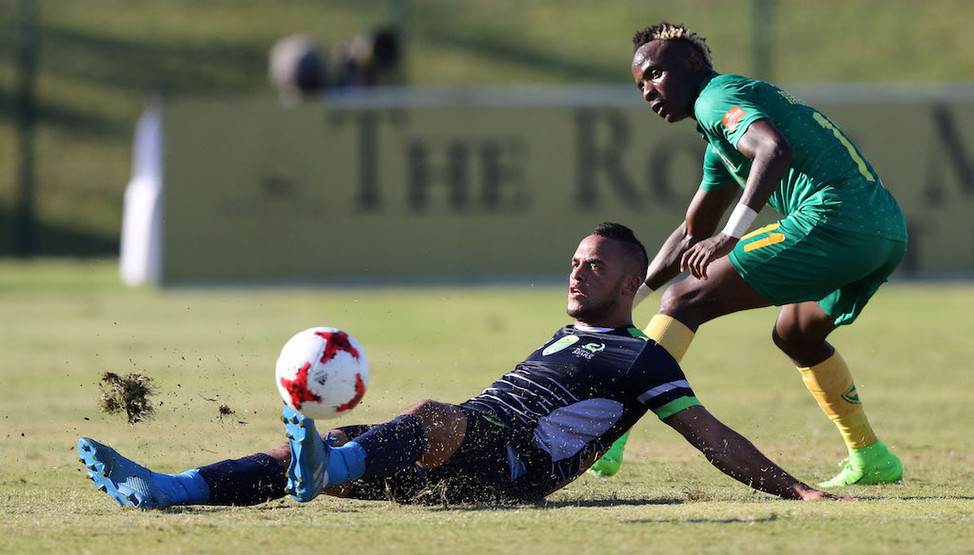 Musa Bilankulu bagged the only goal of the match in the first half to ensure Abafana Bes'thende proceed to the next stage of the competition.

Nkosingiphile Gumede was called into action just after the 15 minute mark as he pulled off an excellent double save to deny Robert Ng'ambi and Bongi Ntuli from inside the box.

Arrows had a great chance in the 29th minute, when Knox Mutizwa broke through on goal but Mbongeni Mzimela brilliantly thwarted the Zimbabwean, saving low to his right in a one-on-one situation.

Bilankulu then popped up at the near-post to head the home side into the lead from a well-taken corner-kick just before the half-time break.

The goal seemed to have lifted the confidence of Abafana Bes'thende, who could have doubled their lead in the dying stages of the first half when Kudakwashe Mahachi was teed up in the Stars box, but his shot was deflected wide in the knick of time by Siyabonga Zulu.

Dikwena upped the ante in the second stanza with the hope of finding a way back into the tie, and were unfortunate not to receive a penalty in the 84th minute as replays showed Nkosinathi Mthiyane used his hand to clear Zulu's header off the line.

The hosts held on to edge Cavin Johnson's troops, who still have the CAF Confederation Cup and an Absa Premiership top-eight place to fight for.