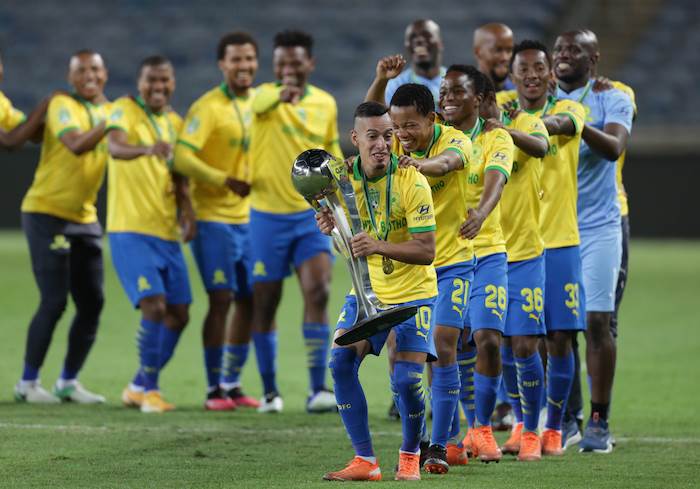 Jali won his third medal this season as Sundowns beat Bloemfontein Celtic 1-0 in the Nedbank Cup final at Orlando Stadium on Saturday having already won the Absa Premiership and Telkom Knockout this season.

Jali won his first treble in the 2010/11 season before bagging the second one the following season with Orlando Pirates, setting off his move to play in Belgium for KV Oostende.

Oupa Manyisa would have held the same record but left the club to join Tshakhuma Tsha Madzivhandila in July.

Sundowns have already made PSL history after winning their 10th league title since 1996, with coach Pitso Mosimane setting his own great record of five league medals since 2012 – the most of any coach.

Mosimane is also the only coach to win the CAF Champions League while in charge of Sundowns and lead the team at the FIFA Club World Cup.

The league champions will compete in a seventh consecutive CAF Champions League next season as they aim to break another record and become the first South African club to win a second star on top of their badge.