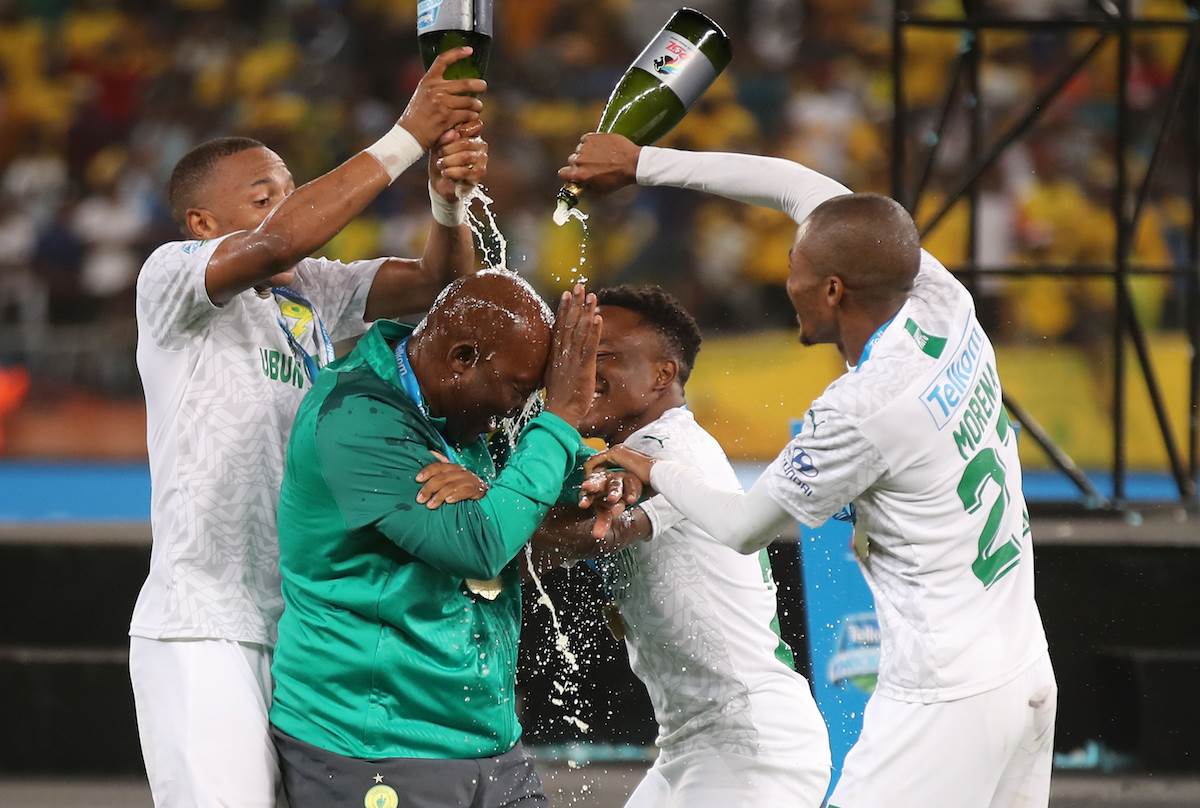 Pitso Mosimane admits he has no choice but to think about winning a treble this season after being drawn with VUT in the Nedbank Cup.

PSL draw master Luxolo September granted the Mamelodi Sundowns coach his wish of drawing a team from the lower divisions in the Nedbank Cup draw in Randburg on Monday.

The Brazilians were drawn to face Vaal University of Technology FC in the last 16, but Mosimane was also hoping to play defending champions TS Galaxy in the final after they vanquished Kaizer Chiefs in the 2019 final.

READ: Mosimane: Be careful what you ask for

Tim Sukazi's side, however, has been booted out of this year's competition already after they were beaten 3-0 by Chippa United in Port Elizabeth.

Sundowns still have a chance of winning a domestic treble this season after picking up the Telkom Knockout Cup, as well as the CAF Champions League.

"If I say no [to winning the treble], I will not be ambitious. If I say yes, I might sound a little bit arrogant and make people sharpen their swords and knives. When you come, they cut you," said Mosimane.

"If you give me Amavarara, VUT all the way to the final and give me TS Galaxy in the final, we can't have an excuse [for not winning the treble].

"There was Tornado [for Kaizer Chiefs] and in the 90th minute you win. There was another one in Sisa Dukashe Stadium. It's given to you."

Sundowns' next match is in the Absa Premiership against the Chilli Boys at Loftus Stadium on Saturday (15h30).